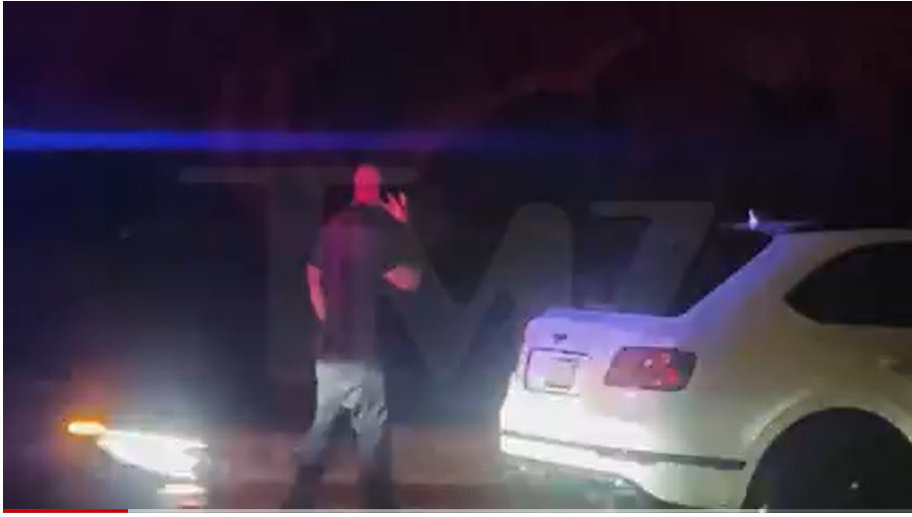 Tyler Perry is counting his blessings after wrecking his Bentley but surviving a minor car accident in Los Angeles.

Perry was leaving Burbank airport on Wednesday night and on his way home when he was involved in a T-bone car crash, TMZ reports. Everyone involved in the wreckage was unharmed.

Perry was driving home through Sherman Oaks when a woman driving a Honda Accord -cut across three lanes of traffic and cut right into Perry’s path. The film/tv producer ended smashing into the driver’s side of the woman’s car.

The woman behind the wheel of the Honda admitted to causing the collision. Apparently, the crash wasn’t serious enough to require a police report and will be dealt with privately, The Sun says.

Photos from the accident show the bumper of Perry’s white Bentley SUV completely wrecked. No one needed any medical attention or ended up in the hospital.

The 52-year-old screenwriter is best known for playing Madea in his series of hit comedy films. Now a part of the billionaire’s club, Perry’s Tyler Perry Studios made history as the first major film studio owned by a Black person.

Perry has a love for cars, and particularly Bently’s, as noted by Daily Mail. In 2018, Perry even gifted Oprah Winfrey with a Bentley of her own for Christmas.

Known for his generosity, Perry recently shared his plan to take a backseat and allow a new generation of screenwriters take the lead at his studio.

“My plan is to relinquish to a lot more directors and writers to take over a lot of these shows that I’ve started,” he told The Hollywood Reporter.

Perry is likely taking it easy following the recent accident. He recently released another season of his BET+ series Ruthless and is in post-production for the 2022 release of A Madea Homecoming.