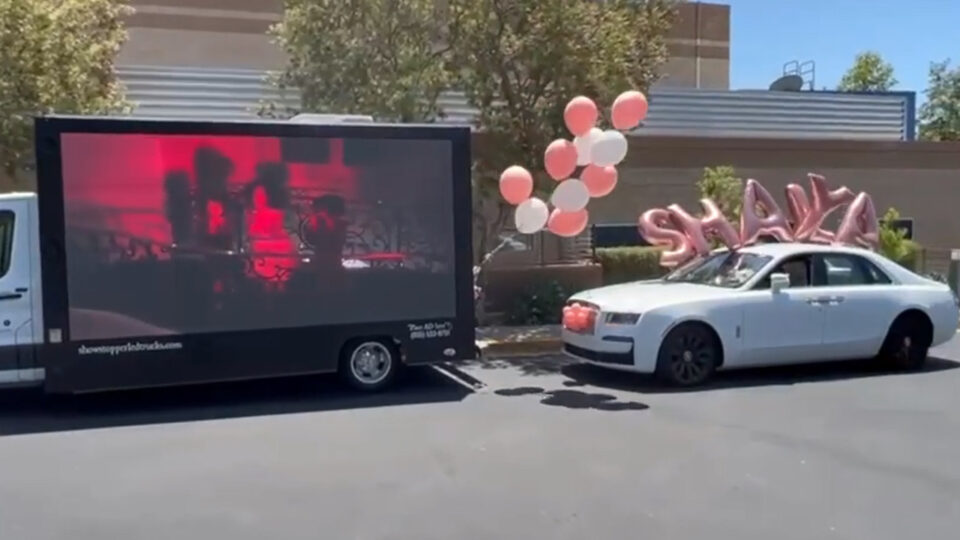 Tyrese is ensuring his 15-year-old daughter, Shayla Somer Gibson, arrives at high school in style with the brand new Rolls Royce he gifted her for graduation.

The Baby Boy star took to Instagram to repost the new luxury vehicle he awarded his daughter back in May for graduating middle school. As she prepares to enter the ninth grade, Tyrese is shutting down any critics who think his lavish purchase was too much for the high school freshman.

“Don’t tell me what you would and or wouldn’t do for your teen…… When you really got it?” Tyrese captioned his video post.

The clip showed his daughter smiling while posing for photos in front of her new car. A truck pulled the Rolls Royce covered in large screens that showed photographic memories of Tyrese and Shayla.

“Most 1%r’s will put 10 million in their child’s money market account at birth and let it grow interest by the time they turn 18 they will want for nothing,” Tyrese explained in his caption. “Instantly become a monthly TRUST FUND BABY… Shayla my first born just turned 15 she deserves the WHOLE WIDE WORLD!!”

Tyrese shut down one critic who said the luxury vehicle was “a bit much” for the first day of high school.

“This was her graduation,” Tyrese quipped. “But I just might do this for her first day at school let me look into it now.. Great idea lol”

Others decided to mind the business that pays them and keep their opinions to themselves.

“I don’t tell nobody how to raise theirs if it works for you and yo baby is happy 🆒 I ain’t [sic] finna do all that [sic] doe 😭😭😭” one user wrote. “If I could I would !! But. I’m pretty damn proud I’m putting my son through private school by myself,” added someone else.