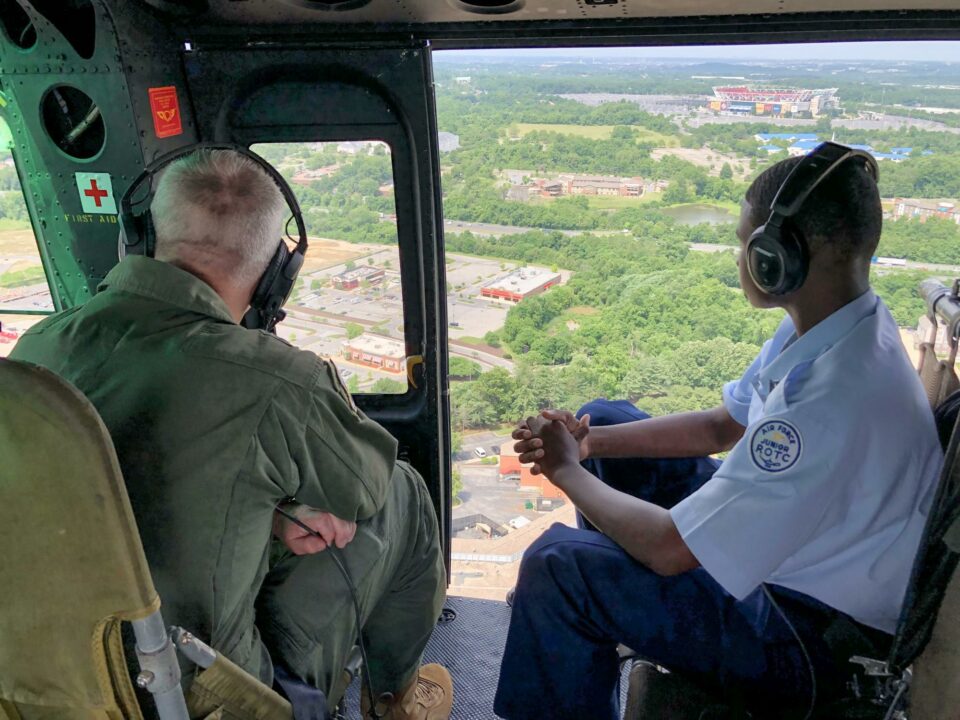 The Air Force honored the country’s youngest private glider pilot with a surprise helicopter ride around the monuments on the National Mall in Washington D.C, NBC4 Washington reports.

The teen had no clue he would be singled out during a school assembly about the Air Force. Smith is a sophomore and color guardsman at Charles Flowers High School in Prince George’s County, Maryland. Air Force District of Washington Maj. Gen. Joel Jackson asked the auditorium of students, “Caleb Smith, are you here?” Smith knew something was up.

“I was in civil patrol when I was in school, in high school, and I loved flying, and I still do. Maybe that’s where Caleb got his affinity to fly.” According to NBC4 Washington, Foote tried to enter the Air Force after high school but was denied admission because she was “too small to fly.”

Deputy Cmdr. Henry Waller of the Bowie Squadron of Civil Air Patrol admitted, “I’m probably almost as excited as he is.”

After the flight, the teen said, “Just being in the air is just natural for me. I absolutely love it. … Being that low to the ground was so cool.” To date, Smith has completed over 30 total flights —  at least 12 of which were solo flights — passed his written exam with the Federal Aviation Administration (FAA), and received his glider pilot’s license.

The high school sophomore already has two things in common with Tuskegee Airman and namesake of Charles Flowers High School, Dr. Charles Herbert Flowers — humility and a desire to inspire others. The school’s history recalls, “Dr. Flowers was a humble man, whose life serves as an example of the excellence we seek to be embodied in the students at Charles Herbert Flowers High School.”

Maj. Gen. Jackson told NBC4 Washington, “Caleb really is the most humble person, right? I mean, it’s like he is unflappable, and he was just soaking it all in.”

Smith shared, “Hopefully, I can influence others in a way that people like me can do what I’m doing; be successful.”