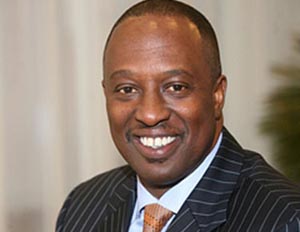 “The correlation between economic disparity and gun violence is grossly missing from the national conversation on gun control,â€ says Busby.â€ The reality is the economic conditions facing the majority of black Americans leaves them vulnerable to crime and targets for police brutality.â€

He went on say that “serious policies must be put in place to alleviate the economic conditions of those most impacted by gun violence. Policies that support the growth of black-owned enterprises, in an effort to create economic growth in communities devastated by crime and economic disparity.”

The USBC is a proponent of gun reform and promotes increasing Black-owned businesses as a logical and common sense approach to alleviating crime that is brought on by economic conditions. Last month in the nation’s capitol, Busby joined the Reverend Jesse Jackson Sr. and local leadership to speak out against gun violence. This isn’t just a Black community issue, it’s an American issue that hinders America’s moral fabric and economic development, stated Busby.

“In order for there to be a healthy America, leadership and policy makers must do better to protect its citizens from gun violence as well as create an environment for businesses to thrive. Black-owned businesses simply cannot thrive under current gun-violence conditions.”

Through the creation of resources and initiatives, the USBC supports African American Chambers of Commerce and business organizations in their work of developing and growing Black enterprises. The USBC is anÂ association of more than 100 self-sustaining viable Black Chambers and small business associations nationwide and serves close to 250,000 small businesses.