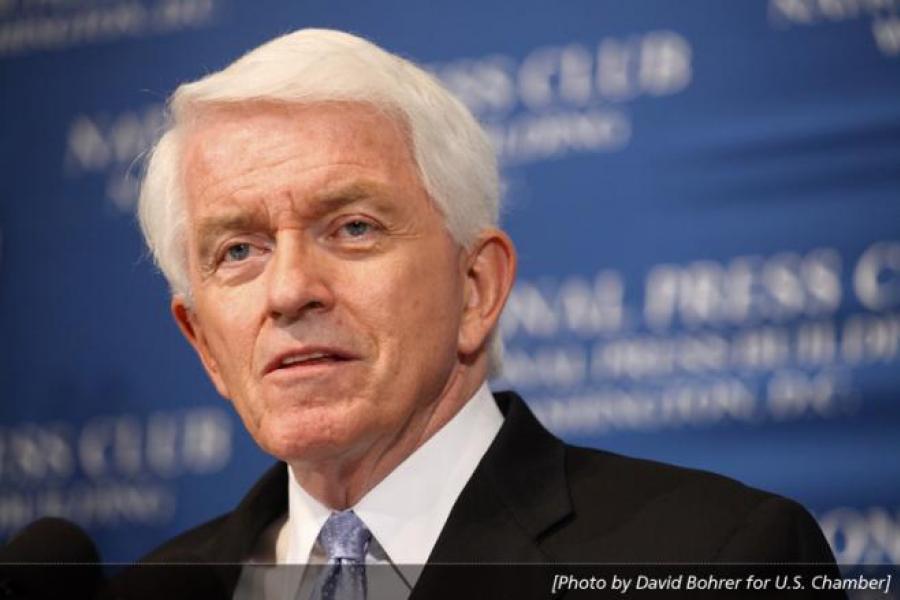 The CEO of the U.S. Chamber of Commerce said Thursday that President Donald Trump should stop trying to delay the transition to president-elect Joe Biden.

Chamber CEO Tom Donohue called Biden the President-elect in a statement to Axios and urged Trump to allow federal officials to do their jobs and begin the transition process to the former vice president.

“While the Trump administration can continue litigating to confirm election outcomes, for the sake of Americans’ safety and well-being, it should not delay the transition a moment longer,” Donohue told Axios Thursday.

The Chamber typically favors Republican candidates who support lower taxes, fewer regulations, and less government intervention. However, the group joins a growing list of people, companies, and politicians saying it is time for Trump to call it quits and concede to Biden.

Donohue also added Biden and his team’s executive branch experience will allow the group to start right away.

“President-elect Biden and the team around him have a wealth of executive branch experience that should allow them to hit the ground running,” Donohue added.

In addition to the Chamber, USA Today reports the CEOs of the National Association of Manufacturers, the heads of Dow Chemical, Trane Technologies, and other companies are also urging Trump to give in as the government is essentially stalled and the coronavirus pandemic is beginning to create the same problems it did in the spring.

“The next two months are critical to our nation’s ability to successfully deal with twin crises: controlling the spread of COVID-19 and rebuilding the U.S. economy,” the CEOs said in a statement to USA Today. “While we understand and respect the court challenges that are part of our democratic process, it’s imperative that our nation has a president and advisors who are fully prepared to lead our nation on Inauguration Day given the magnitude of the challenges ahead and the threats to our economic and national security, and most importantly, to the public health.”

The Hill reports the Business Roundtable, a group of CEOs from top U.S. companies including McDonalds, Apple, General Motors, and JPMorgan Chase, are also urging Trump to accept defeat, saying a delayed transition could have devastating effects on the U.S. economy.
“The Business Roundtable has called for the transition to move forward rapidly, smoothly, and unimpeded. The General Services Administration should proceed with ascertainment, giving the incoming administration the tools and information necessary to address the pandemic on day one,” Business Roundtable spokeswoman Jessica Boulanger told The Hill.