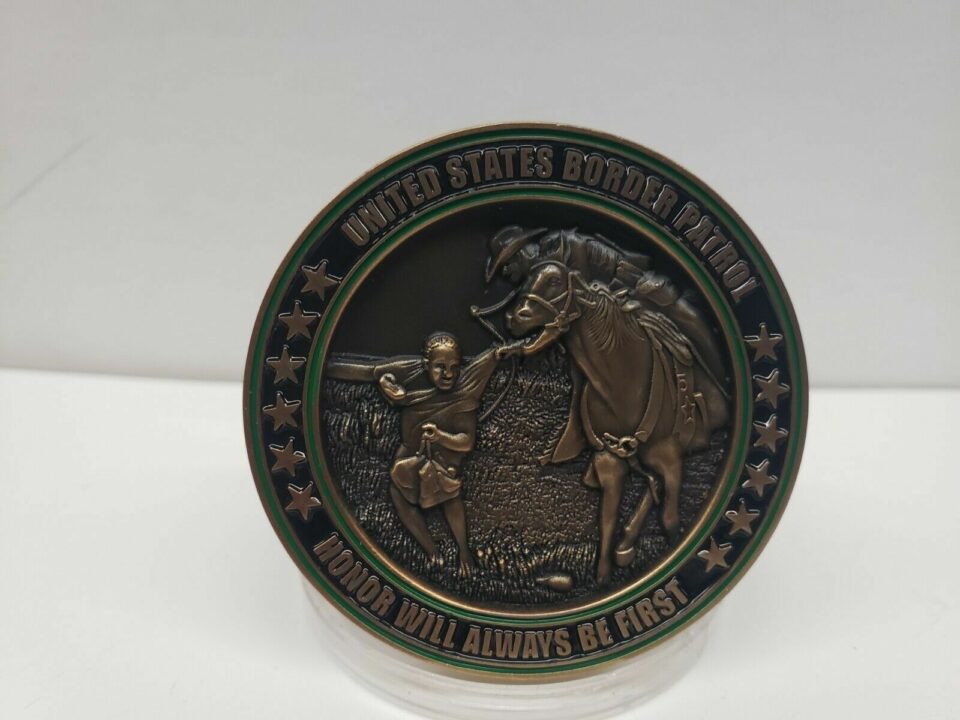 U.S. Customs and Border is investigating an unofficial “challenge coin” that memorializes an image of a white Border Patrol agent on horseback appearing to use their reins as whips to force out Haitian immigrants seeking asylum in Del Rio, Texas, The Miami Herald reported.

The controversial image of the incident was captured last fall on the U.S. southern border. It led to a public outcry and national scandal highlighting the historical mistreatment of Haitian refugees in the United States. In response, President Joe Biden demanded accountability for the officers and the Department of Homeland Security opened an independent investigation into the treatment of migrants in Del Rio.

Last year, Haiti was shaken after President Jovenel Moise was assassinated in July. The unrest continued in the wake of a 7.2 magnitude earthquake that destroyed thousands of homes and killed more than 2,000 people in August 2021, the Texas Tribune reported. Many migrants seeking a better life journeyed through the jungles of South America and then crossed the Rio Grande at Del Rio to claim asylum. However, May saw an increased number of deportations.

The “challenge coin,” dubbed as a token of memorabilia, features inscriptions with “Reining It In Since May 28, 1924” and “Yesterday’s Border Is Not Today’s Border” on one side, and “You will be returned” on the rim, the Herald reported.

On the face of the infamous whip image, it reads: “Honor Will Always Be First.”

“The images depicted on this coin are offensive, insensitive, and run counter to the core values of CBP,” CPB assistance commissioner Luis Miranda told the Herald. “This is not an official CBP coin.”

The Customs and Border Protection’s Office of Professional Responsibility is seeking accountability for those who created the coins and is on the lookout for CBP officials who might be selling the unofficial coin. They will all face “appropriate action,” Miranda said. The news outlet confirmed that 41 coins were recently sold on eBay for $15.19.

According to The Week, the date found on the coin signifies the enactment of the 1924 Johnson-Reed Act, which “limited the number of immigrants allowed entry into the United States through a national origins quota.” The quota regulated only two percent of the total number of people of each nationality in the United States to receive immigration visas.

In the upcoming days, the Department of Homeland Security is gearing up to charge multiple horseback Border Patrol agents involved in the infamous “whipping” incident with “administrative violations,” Fox News reported, citing a federal source.