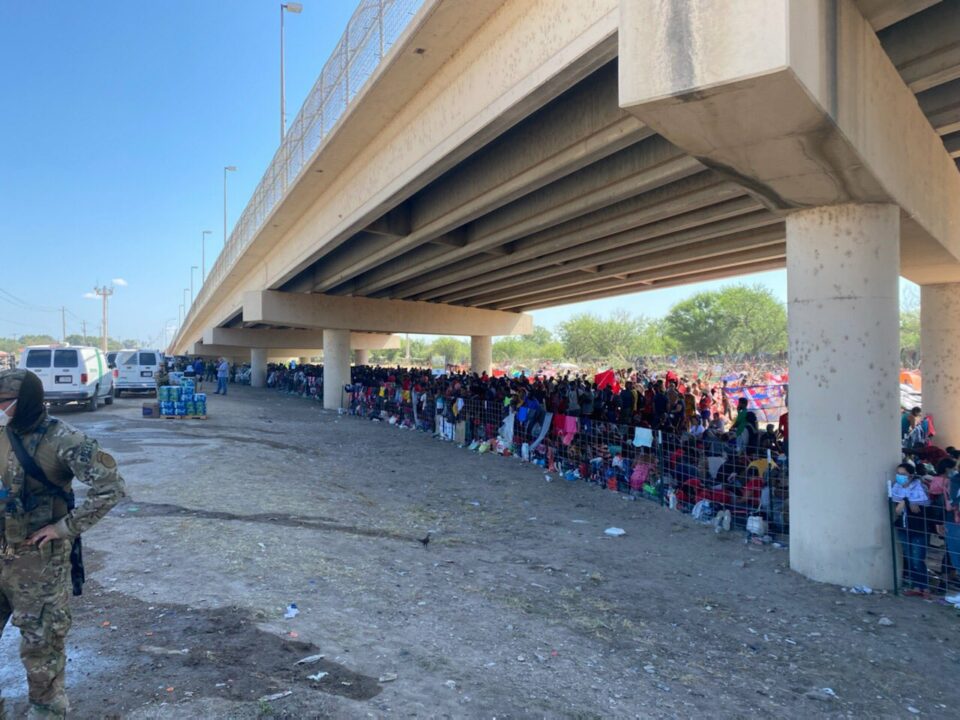 Thousands of Haitian Migrants are camped out under a bridge in South Texas awaiting entry into the U.S. (Image: Twitter/@arelisrhdz)

The U.S. has deported 4,000 Haitian migrants including women and families without allowing them to seek asylum as part of a deportation blitz.

The number of people deported and the pace at which they were rushed out of the U.S. may have broken records for deportations of migrants by the U.S. government. According to CBS News, between Sept. 19 and Sept. 27, 37 flights carried more than 3,900 Haitian migrants back to the island.

“Many, if not all” of those expelled in Haiti previously lived in Chile, Brazil and other South American nations and have not been in their homeland for years, exacerbating the disruption caused by the U.S. expulsions, said Giuseppe Loprete, the chief of mission for the Port-au-Prince-based chapter of the International Organization for Migration (IOM).

According to IOM, more than 40% of deportees Haiti has received since Sept. 19 are women and children including more than 200 kids who were born outside of Haiti in Chile, Brazil, Venezuela and Panama. Many of these people have been distraught and emotional after arriving knowing they have to start over to find a place to call home.

IOM is doing their best to help, handing out meals, hygiene kits, feminie products and stipends for those who just landed to buy food, clothes, transportation and to make phone calls. The U.S. Agency For International Development (USAID) is providing more than $5 million in funding to the IOM to assist Haitians returning to thei homeland.

However, many, including an American diplomat who resigned his post due to the deportations havwe questioned whether the island can absorb thousands of deportees. Not only is the country the poorest in the Western Hemisphere but this year alone it’s had to deal with another earthquake, Tropical Storm Grace and the assassination of its president.

Biden’s treatment of Haitian migrants has led to significant criticism from his own party. Senate Majority Leader Chuck Schumer (D-NY), Rep. Alexandria Ocasio-Cortez (D-NY), and Rep. MaxIne Waters (D-CA) have all urged the administration to stop Titile 42 and called for Biden to treat Haitians humanely.

The U.S. will be barred from processing migrant families with children under Title 42 beginning Friday unless a federal appeals court pauses the order.