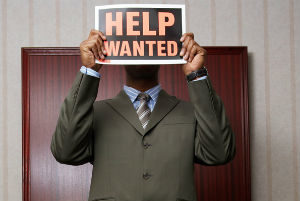 The U.S. economy added just 266,000 jobs in the month of April, falling significantly short of projections and showing lawmakers the country is far from recovered.

Economists forecasted the country would add about 1 million jobs last month believing the vaccine rollout and the reopening of cities would boost employment.

However, employers are having trouble finding employees and millions of laid-off Americans are still looking for work and a return to normal. Additionally, CNN reports March’s job numbers have been revised down to 770,000 from 916,000.

The numbers show the recovery won’t be smooth or fast despite what politicians and business owners want to believe. The country is still down more than 8 million jobs today versus before the pandemic.

Republicans have pointed to the pandemic-related stimulus and unemployment benefits as reasons employment numbers are not rising since many Americans are making more money staying home.

Why is anyone surprised that the jobs reports fell short of expectations?

I told you weeks ago that in #Florida I hear from #smallbusiness everyday that they can’t hire people because the government is paying them to not go back to work https://t.co/4iz5CM9Ayk

“We have a long way to go. This report emphasizes how steep the climb is out of this crisis, and it shows the importance of the American Rescue Plan,” Jared Bernstein, a member of the president’s Council of Economic Advisers told Reuters Friday.

Bernstein added adults have a wide range of reasons for not seeking jobs including childcare, safety concerns, and schooling issues. The numbers are also indicative that several areas are still struggling. The restaurant and bar industry, in particular, is having trouble with employment as are low-income workers, women, Hispanic and Black workers.

The low job numbers have led to some employers raising their wages to attract workers. The average hourly earnings increase 21 cents to $30.17 according to CNN.

Democrats are also pointing to the numbers to show just how much Biden’s American Jobs and Families Plan and even a fourth round of stimulus checks is needed. According to a study conducted by Impact Genome and the Associated Press-NORC Center for Public Affairs Research, 38 million Americans are worse off than they were before the pandemic.