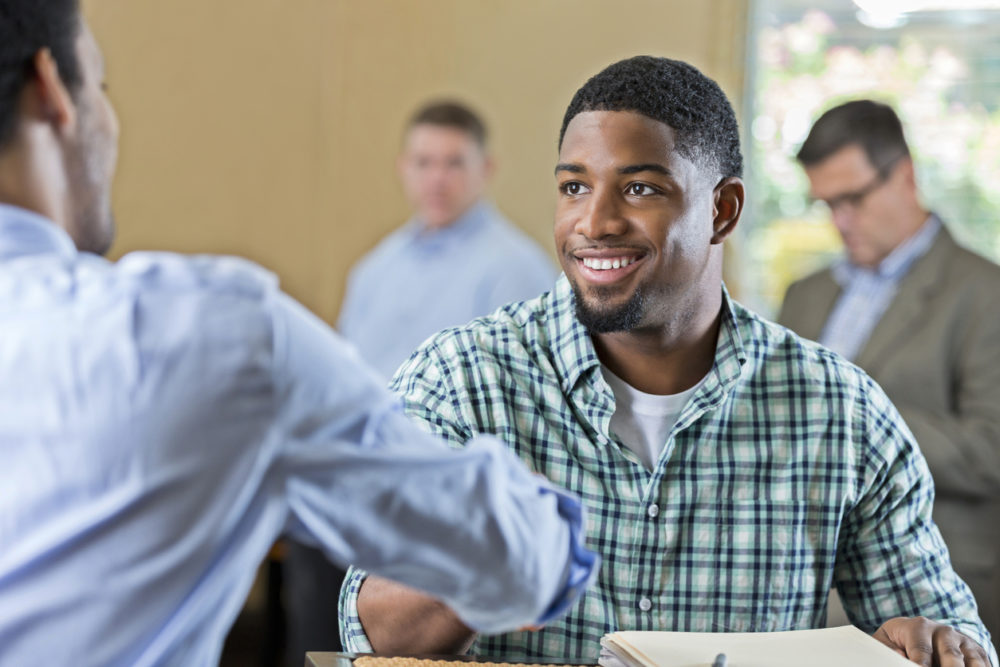 Reuters – The number of Americans filing new claims for unemployment benefits increased last week for the first time in 1-1/2 months, but layoffs are easing amid a reopening economy and a shortage of people willing to work.

While other data on Thursday showed factory activity in the mid-Atlantic region continuing to grow at a steady pace in June, a measure of future production surged to its highest level in nearly 30 years. Factories in the region that covers eastern Pennsylvania, southern New Jersey and Delaware also reported stepping up hiring, which bodes well for job growth this month.

The scarcity of labor is a hurdle to faster employment growth. The Federal Reserve on Wednesday held its benchmark short-term interest rate near zero and said it would continue to inject money into the economy through monthly bond purchases. The U.S. central bank brought forward its projections for the first post-pandemic interest rate hikes into 2023 from 2024.

“We continue to see labor market progress, but as has been the case through the pandemic, the situation remains fluid,” said AnnElizabeth Konkel, an economist at Indeed Hiring Lab. “We are in a wildly different place than we were in June 2020, but we have not crossed the finish line just yet.”

Initial claims for state unemployment benefits rose 37,000 to a seasonally adjusted 412,000 for the week ended June 12, the Labor Department said. That was the first increase since late April. Economists polled by Reuters had forecast 359,000 applications for the latest week.

The increase in claims was led by California, Kentucky and Pennsylvania. The four-week moving average of claims, considered a better measure of labor market trends as it irons out week-to-week volatility, fell 8,000 to 395,000.

The economy, ironically, is facing a labor crunch despite employment remaining 7.6 million jobs below its peak in February 2020. A shortage of childcare facilities is keeping some parents, mostly women, at home.

Generous government-funded unemployment benefits, including a $300 weekly check, have also been blamed, as well as a reluctance by some to return to work out of fear of contracting COVID-19 even though vaccines are widely accessible.

Pandemic-related retirements and transitions into new careers are also factors.

Fed Chair Jerome Powell told reporters on Wednesday he was “confident that we are on a path to a very strong labor market, a labor market that shows low unemployment, high participation, rising wages for people across the spectrum.”

The White House also struck an optimistic note on the labor market, with senior economic adviser Jared Bernstein saying: “I saw a labor market that continues to improve, continues to grow as shots in arms and checks in pockets have helped pull this recovery forward.”

Iowa, Mississippi and Missouri terminated all federal government-funded emergency benefits last Saturday, while Alaska ended only the $300 supplement. Twenty-one other states also led by Republican governors, including Texas and Florida, will end these benefits for residents between June 19 and July 10.

Louisiana is ending the weekly supplementary check on July 31, the only state with a Democratic governor to terminate the federal benefits. For the rest of the country, they will lapse on Sept. 6.

Economists are watching the 26 states to see if their actions will boost employment or labor force participation over the summer, which could offer clues on labor market trends for the rest of the year when all government aid lapses.

There are a record 9.3 million job openings, while 9.3 million people are officially unemployed.

“We also could see added noise in the claims report if people end up trying to shuffle between programs or redetermine eligibility,” said Daniel Silver, an economist at JPMorgan in New York.

Stocks on Wall Street were mixed while the dollar rose against a basket of currencies. Longer-dated U.S. Treasury prices were trading higher.