U.S. Treasury Department Hosts Freedmanâ€™s Bank Forum To Explore Ways To Build An Economy That Works For All Americans 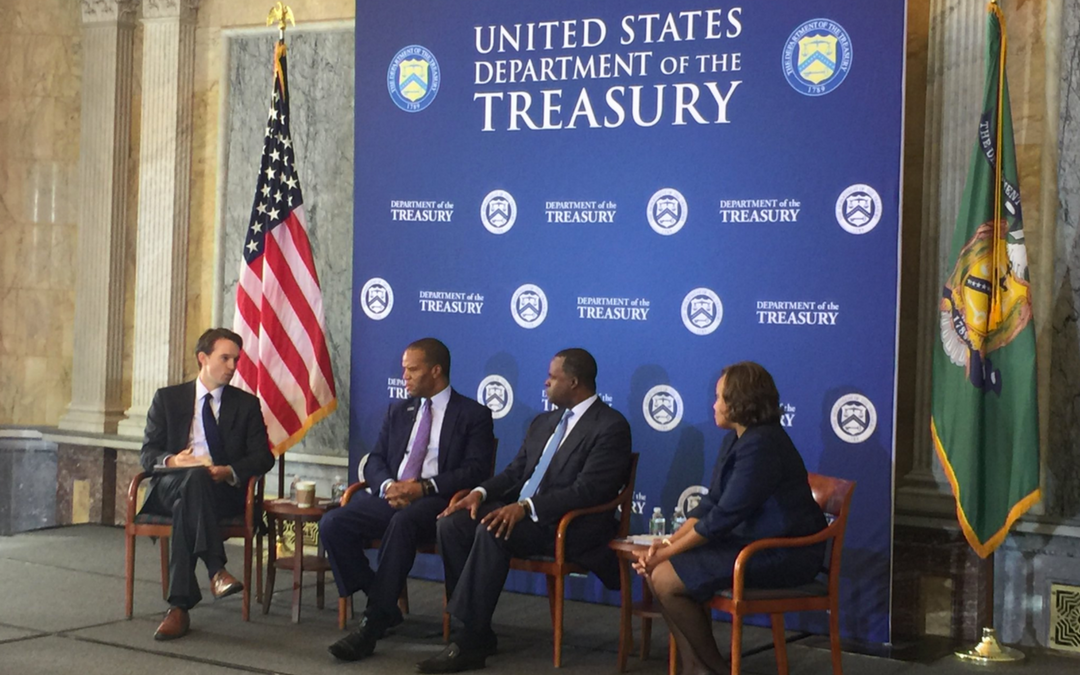 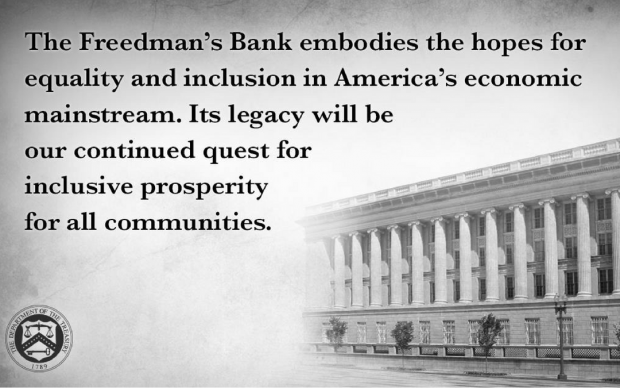 On Sept. 23, the U.S. Department of Treasury hosted the Freedman’s Bank Forum in Washington, D.C.–bringing together public, private, and nonprofit leaders to discuss strategies to improve jobs, economic opportunity, financial inclusion, and shared prosperity for all communities.

The Forum’s name is a tribute to the Freedman’s Savings and Trust Company, which was created to provide economic opportunity for newly emancipated African-Americans more than 150 years ago, and which was commemorated with the building’s renaming, from U.S. Treasury Annex to the Freedman’s Bank Building, by the Treasury Department earlier this year. Today, it remains a significant part of American history, symbolizing the aspirations of African-Americans to become fully integrated in our nation’s economic life.

Operation HOPE served as a catalyst to the historic renaming, representing a commitment to ensuring more Americans have the financial tools and education to build a secure future.

The Freedman’s Bank Forum aligns with the historical significance of the bank and its original mission–to promote economic integration and financial inclusion. Additionally, the Forum coincided with a series of events throughout the nation’s capital that markedÂ the opening of the National Museum of African American History and Culture on September 24. 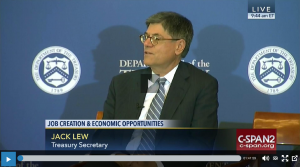 I participated in the second panel, moderated by Amias Gerety, Department of Treasury’s Acting Assistant Secretary for Financial Institutions, entitled, “Financial Inclusion and Shared Prosperity.â€ I shared insight around how financial stress affects communities and individuals and effective ways to bridgeÂ the gap between Americans and financial institutions. In total, the dialogue examined possible federal, state, and local government solutions to economic inequality, with valuable input from the Honorable Kasim Reed, Mayor of Atlanta, Georgia, and Kim Saunders, Founder, President and CEO, Eads Group; Board Member, National Bankers Association. 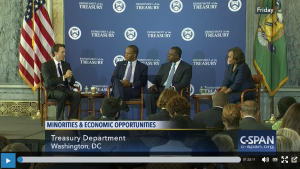 We’re sitting in a moment in history right now, but history never feels historic when you’re sitting in it — it just feels like another day.

thought leader on economic empowerment and financial dignity. He is the founder, chairman, and chief executive officer of Operation HOPE, Inc., and chairman and chief executive officer of Bryant Group Ventures. He is the author of bestsellers, “How the Poor Can Save Capitalism: Rebuilding the Path to the Middle Classâ€, and “LOVE LEADERSHIP: The New Way to Lead in a Fear-Based Worldâ€. Bryant is a member of the President’s Advisory Council on Financial Capability for Young Americans.Â