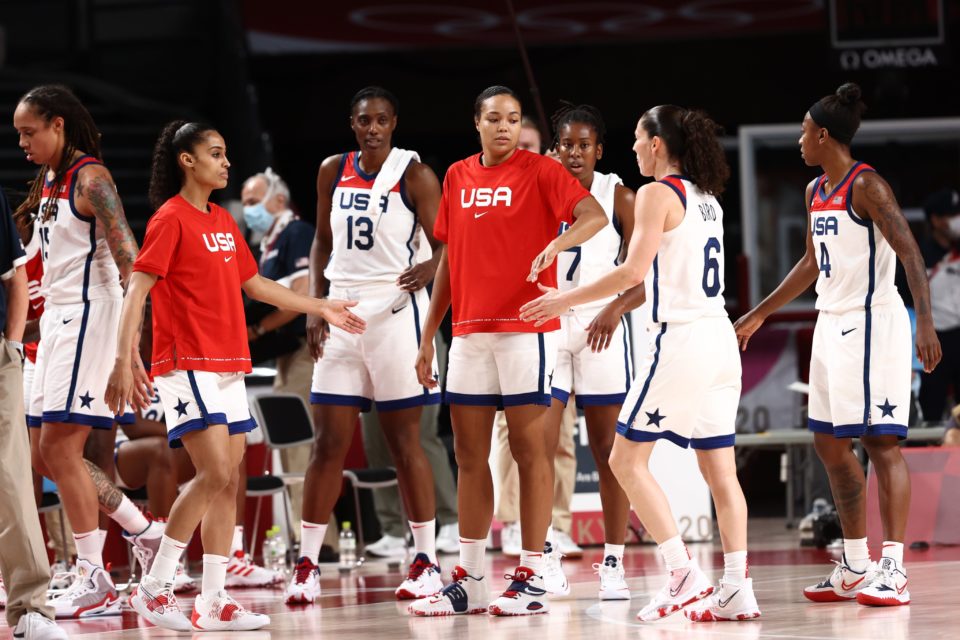 The stories surrounding female athletes in this summer’s games have largely been centered on the gymnastics, soccer and track Olympic teams, however another team continued to just win.

The U.S. Women’s Olympic Basketball team won its seventh straight goal medal defeating China 90-75 Sunday. The streak ties the longest gold medal streak in any sport. The team did lose one game this summer, to the WNBA All-stars 93-85 in early July.

The team is one of the most dominant in sports history going 70-3 in Olympic play. They haven’t lost an Olympic game since 1992 and haven’t lost in any tournament since 2006. The team has won 55 straight Olympic games.

Head Coach Dawn Staley, the first Black woman to coach the team, picked up her sixth gold medal to go with the two she has an an assistant coach and three others as a former player. Staley, who announced it will be her last Olympics as a coach, also has a national championship to her name.

As she announced her retirement from the Olympic team, Staley gave credit to her players and the coaches and players that preceded them.

“The start of this winning occurred before them, but they finished it off,” Staley said, according to ESPN. “They took it to another level. They are putting so much pressure on the next coach and the next players to perform at a high level.”

Many believe Staley, one of the most successful basketball coaches in the U.S., should be the first female coach in the NBA.

Teammates Diana Taurasi and Sue Bird became the first teammates to win five Olympic medals together. The two women have been good friends since college where they played together at the University of Connecticut in 2000 and 2001. They’ve also played professionally together in Russia.

Center Sylvia Fowles, who is also calling it a career after this Olympics, took home the fourth gold medal of her career.

“I teared up on the court because this is my last one. Just to see it come full circle from a youngster to a veteran,” Fowles said according to Yahoo News. “Just trying to soak up the moment even though we don’t have family here, but showing everyone that it still hits the same, and that I enjoyed it and I’m very grateful for the experience.”