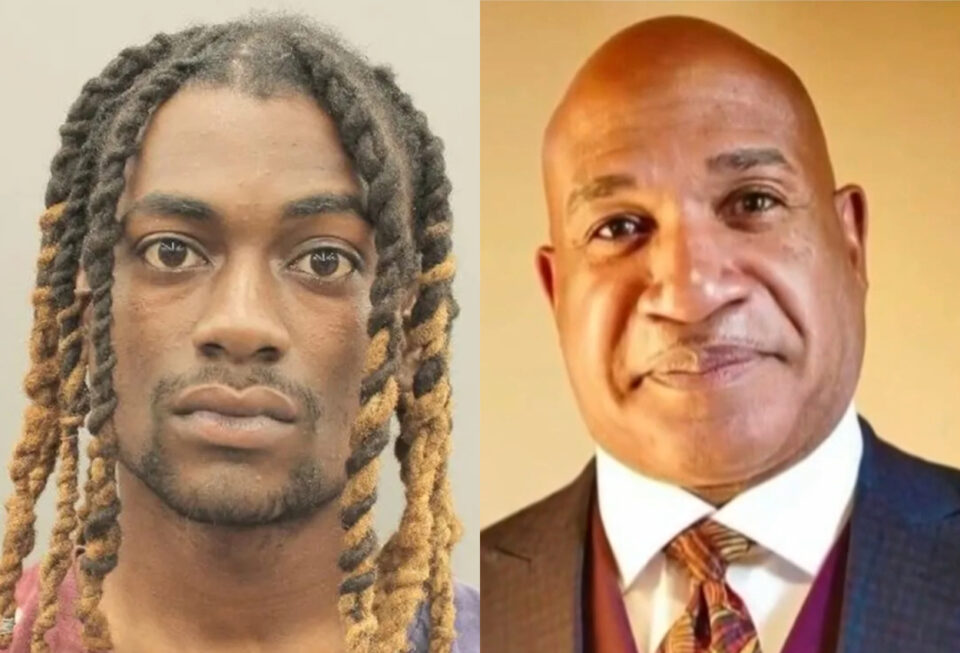 Police reports inform that the event happened on Friday, June 24, at 6400 Gulf Freeway within direct proximity of the clergyman’s sanctuary, where the 58-year-old pastor served for more than three decades, according to KTRK.

The conflict between the two men stemmed from an argument at a stoplight. Neither physically confronted the other; both drivers remained in their vehicles, according to the arrest report, Click2Houston, an NBC affiliate, reports.

UPDATE: Suspect Deshawn Longmire, 23, is arrested and charged in the murder of Ronald Mouton.

Witnesses say Longmire “stretched his arm out of the driver window with a pistol in his hand” and allegedly fired a shot at Mouton, who crashed his car and died at the scene. Longmire reportedly fled afterward, the police reports show, according to People.

According to People, Longmire has not retained an attorney based on online records nor entered a plea.

“We are grateful for all the love and concern the community continues to express. The horrific loss of our beloved, Rev. Dr. Ronald Mouton, Sr., is painful beyond words. We are still grief-stricken over this senseless tragedy. We want the man who took his life to understand the seriousness of his crime. He took the life of a husband, a father. Our confidence and hope are in the proficient work of the police. We also hope the work of the entire criminal justice system is done thoroughly and that justice is duly served. We understand the public’s interest in this case, but we are not ready to speak publicly. We have authorized our trusted family friend, Bishop James Dixon, to interact with the media on our family’s behalf. Thank you for respecting our need for privacy as we seek to heal from this traumatizing circumstance.”