Uber, Lyft Drivers Get No Relief in Airport Bathrooms 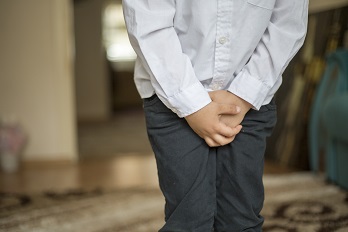 Ridesharing drivers of services, including Uber and Lyft, have a problem of utmost urgency–they have nowhere to use the bathroom when dropping off and picking up customers at the world’s busiest airport, JFK.

“The lack of clean, accessible bathrooms for drivers has been a problem for too long. The atrocious situation at JFK airport must be corrected,” said Independent Drivers Guild founder Jim Conigliaro, Jr., in a press release. “Drivers have been bringing this up to the authorities and rideshare companies for years with no progress–but with the power of the Guild, we intend to win this basic necessity.”

The Independent Drivers Guild is a newly-formed organization created to protect and address concerns of independent car service drivers in New York.

Licensed New York City cab drivers have access to restroom facilities at the airport in JFK’s Central Taxi Hold. However, a report from several years ago cites the conditions of those restrooms as “stomach-churning.”

Still, any bathroom is better than none. “Ridesharing passengers would be shocked to see the conditions these drivers are subjected to,” Conigliaro, Jr. said. “We invite passengers and the public to stand with us, by signing the petition to correct this indignity.”

Independent drivers are especially concerned about the holiday season–more drivers will spend time at the airports.

The online petition goes into detail about the issue:

“It’s a grim situation in the waiting lot. Half-filled bottles of questionable origin and odor litter the cell phone lot, where the only place to go to the bathroom currently is a section of the parking lot where there are a few anemic bushes.

Drivers have been bringing this up with rideshare companies and the Port Authority for years. It seems that there is finally some movement on this issue, but we need your help to get this done. The powers that be need to hear from you!”