Starting in 2014, West served as executive vice president of Government Affairs, general counsel and corporate secretary for PepsiCo, where he prioritized diversity and ethical practices. The food and beverage conglomerate has consistently been ranked by Black Enterprise as one of the top best companies for diversity during his tenure. Prior to that, West was appointed as an assistant attorney general at the Department of Justice, which happens to be investigating Uber’s business dealings.

According to Uber CEO Dara Khosrowshahi, “Tony is exactly what Uber needs now” as it battles allegations of sexism, a major lawsuit with Alphabet, and a series of U.S. investigations, including allegations that it used software to evade federal regulators and bribery in foreign countries.

“As a former federal prosecutor and senior Department of Justice official in the Obama administration, he’s well-equipped to handle the investigations into our past practices,” said Khosrowshahi Friday in a statement. “And at Pepsi, he has emphasized diversity on his team and across the company. But perhaps most importantly, Pepsi has been named one of the world’s most ethical companies 10 years in a row. Under Tony’s leadership, I’m confident that we will one day join this list.”

Last week, three Latina software engineers filed a lawsuit in San Francisco against Uber, alleging that they endured unequal pay and treatment due to their gender and race. The global tech company was also banned in London in September over public safety and security concerns. In the midst of these challenges, Black Enterprise SVP/Chief Content Officer Derek T. Dingle says hiring West was a smart move.

“Not only are they gaining a professional with vast corporate experience and a diversity champion having worked as general counsel and serving as an executive officer for PepsiCo, one of the nation’s largest companies, but they also get talent with an intimate understanding of how federal investigations work,” says Dingle. “His legal expertise and strategic approach will be invaluable in handling the DOJ’s investigation into the company’s business practices. West’s appointment will go a long way to help Uber’s new CEO Dara Khosrowshahi reach his stated goal of positioning Uber to one day be considered among ethical corporate leaders. However, achieving that objective will take some time.”

In an interview with The Washington Post, West admitted that the tech giant faces challenges ahead. “I’m not the first to recognize that the company over-indexed on growth without putting in the appropriate guardrails,” he said. “Fostering a culture of compliance is going to be one of my top priorities.”

West, who is slated to start at Uber in early November, is one of several prominent African American figures to join the company this year. Earlier this month, former Xerox CEO Ursula Burns was appointed as a board director in a controversial move made by ousted CEO Travis Kalanick. In August, marketing guru Bozoma Saint John was brought on to help Uber rebrand. Meanwhile, former US attorney general Eric Holder was hired in February to lead an independent review into allegations of sexual harassment.

*Our original article stated that Tony West was still operating as the EVP, government affairs, general counsel and corporate at PepsiCo, Inc. However, PepsiCo confirmed that West stepped down from this role on PepsiCo on October 27, 2017. 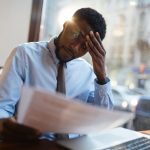 As If We Didn’t Have Enough To Deal With, Black Executives Demoted More 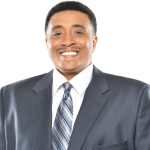