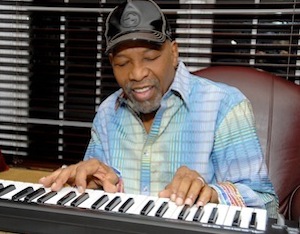 This week on The Urban Business Roundtable, UBR Contributor Renita D. Young kicks off the first new show of 2012 with producer and record industry entrepreneur Leon Huff who, along with partner Kenneth Gamble, make up the prolific Gamble and Huff songwriting duo. Gamble and Huff pioneered the Philadelphia Sound when they formed Philadelphia International Records, leaving a lasting impression on the music industry. At it’s peak, their company rivaled Berry Gordy‘s Motown Records in the size of their company and the popularity of their music. Both were once among the nation’s largest black-owned companies.

Gamble and Huff have written over 3,000 songs, including numerous top R&B and pop hits, working with renowned artists such as Patti LaBelle, the late Teddy Pendergrass and The O’Jays, just to name a few. The duo has earned more than 300 gold and platinum records, BMI Songwriters Awards and induction into the Rock and Roll Hall of Fame, among other honors. Huff joins Young to share his insights on the music industry and how his passion for music paved the way to entrepreneurial success.

In addition, in my first “Alfred’s Notepad” segment of the new year, I share some advice for those first-time entrepreneurs starting new businesses in 2012: Don’t become isolated. I share why it’s critical to actively network with other entrepreneurs in your city and industry by joining local business organizations, networking via social media and attending events such as the Black Enterprise Entrepreneurs Conference, which will be in Chicago, May 23-26, 2012.