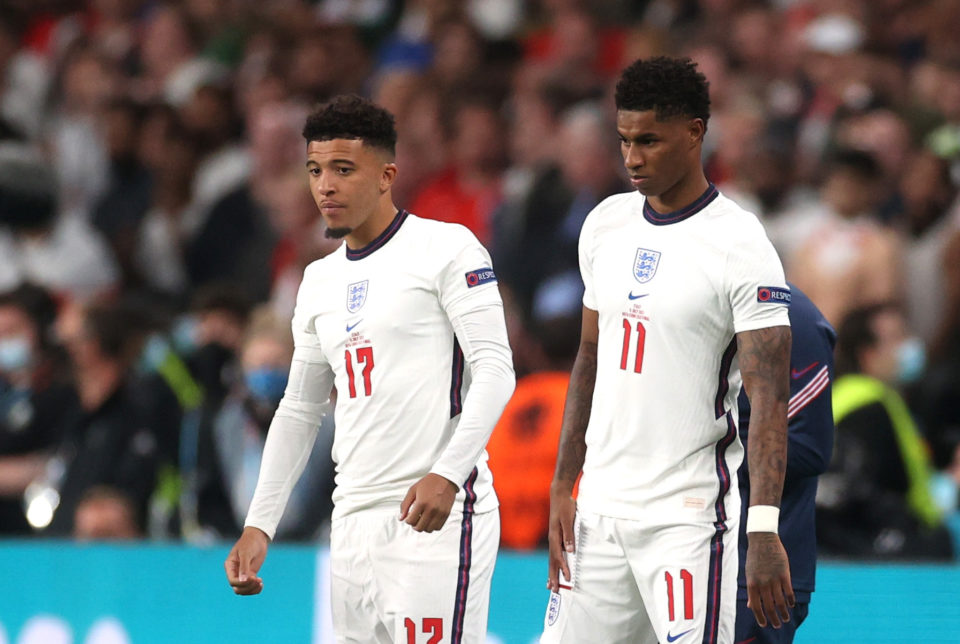 Dozens of people are being investigated and five people have been arrested for tweets about England’s Black soccer players, who missed penalty kicks in England’s 3-2 Euro Final loss to Italy.

According to the Daily Mail, three individuals have been publicly identified including a children’s soccer coach. Two other individuals have also been detained. A spokesperson for Twitter said it removed more than 1,000 tweets in the 24 hours before and after the game. However, the Mail reported data analytics company Crisp, said England players face more than 10,000 hate messages aimed directly at them during the course of the tournament.

This isn’t the first time soccer players have had to face hate on social media sites. In April, all Premier League and England’s Soccer Federation conducted a four-day social media blackout to protest “the ongoing and sustained discriminatory abuse received online by players and many others connected to football.”

The United Kingdom Football Policing Unit (UKFPU) said a hate crime investigation is underway and Prime Minister Boris Johnson said Wednesday the government was extending the scope of football banning orders to include online abuse. Banning orders can bar individuals from attending matches for between 3 and 10 years.

The UKFPU said as of Tuesday night more than 200 people were arrested in the 24 hour period following the match and more than 600 arrests over the course of the tournament.

Not everyone was upset by the loss. Soccer fans across Scotland celebrated England’s loss posting videos and photos on social media congratulating Italy for the win and for extending England’s losing streak.

England will get another shot to end the drought during next year’s World Cup Tournament in Qatar.