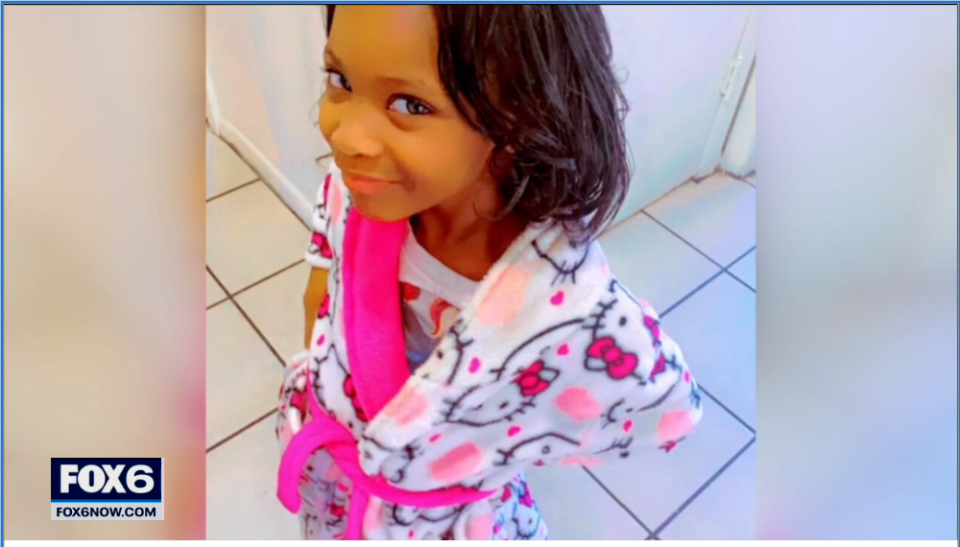 Ke’yari Redding, 5, of Milwaukee may face permanent paralysis after her uncle John Jackson, 29, shot into her home close to 49th and Meinecke on July 24, prosecutors say..

A bullet struck Redding while she slept on a couch beside her father. Her grandmother said many children were inside the home when gunshots rang out. Redding’s father, Deonte Redding-Harris, witnessed his daughter getting shot, according to CBS 58.

“He kept telling her to look at him,” said Mary Franklin, Ke’yari’s great grandmother.

She said Redding-Harris held his little girl as blood streamed down from his daughter’s chest. “And when her eyes started rolling back in her head, he started breathing for her and that’s just, my heart almost fell out of my body,” Franklin added.

Franklin, two other adults, and three children were at the home when shots were fired, CBS 58 reported.

“I came out of my bedroom. He’s sitting there in the hallway with her and she is limp, I mean no movement, no nothing,” said Franklin.

Paramedics arrived at the scene and performed CPR on Ke’yari. She was transported to the Children’s Hospital of Wisconsin, People reported.

Redding-Harris told authorities that he witnessed Jackson’s car driving away from his home.

Jackson is the brother of Ke’yari’s mother, according to People. The criminal complaint alleges that Jackson admitted to his involvement in the shooting and blamed the cause on being “fed up” with Redding-Harris. He faces charges of first-degree reckless injury and first-degree recklessly endangering safety, CBS 58 reported.

No bond is set for Jackson; he has not entered a plea to the charges. It is unknown if he has retained legal counsel, People reported.

“I don’t even know how to explain it because I don’t understand why. I’m still you know trying to figure out why he did it,”  FraNKLIN SAID.

A family friend named Charlotte Ward set up a GoFundMe to help with Ke’yari’s medical expenses.