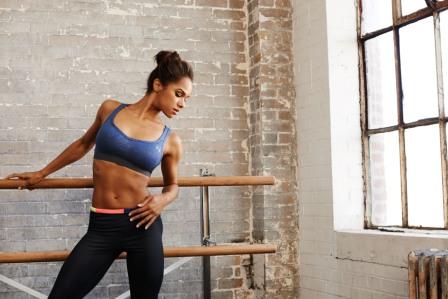 Ballerina Misty Copeland's non-traditional route to success is exactly the type of game-changing effect Under Armour seeks in its endorsers.

Under Armour on Thursday announced it signed American Ballet Theatre soloist Misty Copeland to a multi-year partnership as an endorser. Ms. Copeland is the third African American female soloist in the esteemed company’s history, and the first in twenty years.

Ms. Copeland will help Under Armour push its much-anticipated women-focused marketing campaign in 2014, which is expected to prominently feature the tennis player Sloane Stephens. She joined the American Ballet Theatre in 2007, despite a non-traditional path — she took her first ballet class at 13. Considered a prodigy, Ms. Copeland, despite a full-figured body type, won first place in the Los Angeles Spotlight Awards at 15.

“Misty Copeland is a game changer,” said Leanne Fremar, Under Armour’s senior vice president and women’s brand creative director. “Just as Under Armour is changing our consumer’s expectations around performance gear by infusing it with style and design, Misty is changing the world’s view of what it means to be a world-class ballerina. She brings a modern athleticism to a very traditional art form and pushes the boundaries of the status quo definition of the word ‘athlete.'”

Ms. Copeland has performed with Prince, and has endorsements with Dr. Pepper, Payless and the Boys and Girls Club of America.

“Joining the Under Armour family feels like a natural fit since they have always championed hard work and strong women,â€ Ms. Copeland said in a statement released by Under Armour. “In addition to supporting me with innovative performance products that give me an edge in my training, Under Armour will be a great partner to help me inspire women as they find the will to pursue their goals.â€

Under Armour founder and CEO Kevin Plank said in 2013 that his company would shun traditional models of marketing to women, which too often, in his mind, simply took the “shrink it and pink itâ€ approach to apparel.