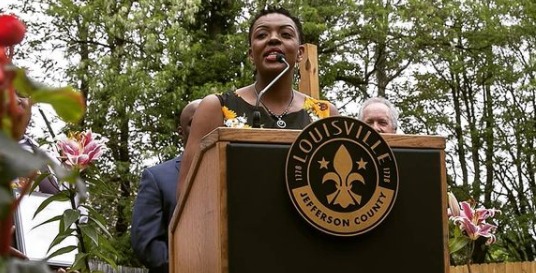 Whitney Powers opened a store called Garden Girl Foods, in response to a food desert issue in Old Louisville, Kentucky, according to WDRB.  The Garden Girl Food’s website states that all products are non-GMO ingredients, locally sourced, and Black-owned. Products—many of which are sold out—include everything from vegetable soup to raspberry jam. Customers can shop and schedule pick-up times as well as sign up for cooking classes for adults and kids, too.

“After realizing my family lives in a food desert, meaning we don’t have access to fresh food within 10 miles or more, I began a little garden. I quickly realized the need to teach others how to use their inner-city spaces to grow their own foods and find ways to feed their family fresh,” a statement says on the website.

According to WDRB, Powers explains that people cannot always drive or walk blocks away for fresh food. Putting the store in Old Louisville, and having fresh grocery and ready-to-eat options, in addition to accepting EBT payment, is important.

“We are food manufacturers, We grow our own produce, and then create the means around the produce,”  a Facebook post explained.

Ironically, the concept of the Old Louisville storefront evolved during the pandemic. The Kentucky Daily News reported that the store, which started as a gardening quarantine project with her daughter, has now flourished with two locations.

Food insecurity and food desert issues have worsened during the pandemic. According to the U.S. Department of Agriculture, 89.5% (116.0 million) of U.S. households were already food insecure throughout 2019. Food insecurity can be linked to being unable to acquire food, or not having enough to meet the needs of all household members, according to the USDA.