What Is Universal Basic Income, and Can It Help Black America? 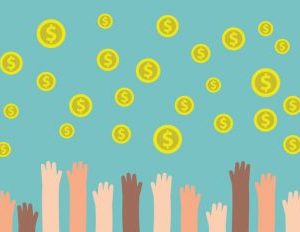 A German startup is doing something quite revolutionary: It’s giving 85 people enough money to live decently off of for one year–with no strings attached.

The startup is called My Basic Income. Its founder is a proponent of Universal Basic Income (UBI); the idea that the government should provide all people a sufficient level of income to meet their basic needs, whether they already have a means of income or a job.

Phys.org interviewed the founder of My Basic Income, Michael Bohmeyer. He called his startup a “social experiment.â€

Bohmeyer turned to crowdfunding to come up with the money needed to provide the income, and over 55,000 donated. Income recipients were chosen during a livestreamed Wheel of Fortune– type event. They receive 1,000 euros (about $1,063) per month.

Recipients reportÂ positive life changes, since being selected for the experiment. Some of them left jobs that paid minimally and made them miserable. Others went on to start new careers that impassioned them; addressed medical or addiction issues; and provided for children and loved ones.

The idea of UBI is a particularly hot topic, as more jobs are lost to robotics and automation. Advocates say universal income could eliminate poverty, as well as provide other benefits.

Understandably, UBI has many critics. First, many question the arithmetic. A former Obama adviser says the only way UBI could be funded would be by defunding programsÂ already in place for the poor.

SomeÂ argue UBI is unhealthy for both society and the human psyche. “Quality of life requires a new way of thinking about work, not government handouts so we can stay home and play video games all day,â€ says one critic.

Proponents claim these critics are uninformed about how funding for UBI would work. “UBI does not necessarily mean more free money for everyone. To pay for even this modest program, we may need to raise some new taxes even after ridding the tax code of deductions. And, to be clear, eliminating deductions and exemptions is a tax increase on wealthier individuals,â€ writes Alexander Holt at Quartz.

Those who are pro-UBI also say that such a social net is critical with the rise of Â “sharing/gigâ€ economy work, such as driving for Uber. Citizens who are not well equipped to work in task-oriented, sharing services, or who may not be tech-savvy, Â are in danger of falling through economic and societal cracks.

Additionally, UBI can be “a way to reward care[givers] and others who carry out unpaid reproduction work in the home, to support artists, enable lifelong learning, or give more autonomy to disabled people,” proposes Open Democracy.

There is a lesson in this for black Americans: Without the struggles of, for instance–staying in a life-sucking job you hate just to pay bills or have medical insurance–you would be able to invest in bringing your dreams to life. Those could be dreams of business ownership; starting an organization or charity; doing community service; or perhaps running for office.

These are investments that could make sweeping changes in African American communities–and all–for the better.