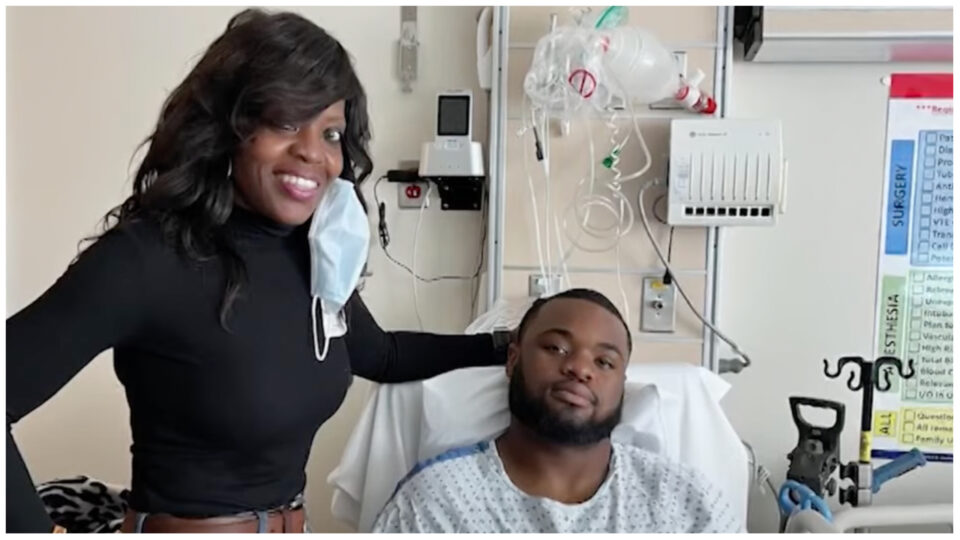 The University of Virginia football player who was shot helping his friends was released from the hospital, according to his mother, Brenda Hollins.

Running back Mike Hollins was shot three times on Nov. 13. Devin Chandler, Lavel Davis Jr., and D’Sean Perry were shot and killed by 22-year-old Christopher Darnell Jones Jr. after they returned from a field trip to Washington, D.C. on a charter bus. It was reported that Jones opened fire inside the bus and shot five people.

“Mike has been discharged!!! HALLELUJAH I want to thank everyone for their prayers, text messages, and calls,” she wrote. “This has truly been a test of faith and I’m grateful. GOD has shown me he is faithful!”

She also asked people to continue to pray for the families of Chandler, Davis Jr., and Perry.

“Please continue praying for Mike as he recovers and settles into his new life. Please continue to pray for the Chandler, Davis, Perry families. They need us!!! GOD is amazing!”

According to USA Today, Hollins told his mom that when he heard the gunshots, he first thought they were balloons being popped. Hollins was one of the first people off of the bus, but when he realized that only two other students were behind him, he told the students to run and returned to the bus to help.

After he got back to the bus, he saw Jones with a handgun. He turned to run and was shot three times in the back. The bullet exited through Hollins’ stomach. He was released from the University of Virginia Medical Center on Nov. 20 after having several surgeries.

According to the Office of the Chief Medical Examiner, Chandler, Davis Jr., and Perry all died after being shot in the head. Another student, Marlee Morgan, was reported shot but had non-life-threatening injuries and was released from the hospital last week. Jones reportedly shot one of his victims while he was sleeping.

Jones was arrested and charged with second-degree murder.