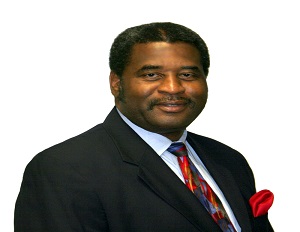 Raymond Burse is the epitome of a boss who has his employees best interest at heart.

As the interim president at Kentucky State University, Burse has agreed to give up more than $90,000 of his salary to help increase the pay of minimum wage workers at the university.

“My whole thing is I don’t need to work,” Burse tells Lexington Herald-Leader. “This is not a hobby, but in terms of the people who do the hard work and heavy lifting, they are at the lower pay scale.”

Burse’s annual salary had been set at $349,869, but after inquiring about the number of employees who earn below minimum wage salaries and discussing it with the KSU Board of Regents, he decided to decrease his pay to help increase the pay of other university workers. Burse’s new annual salary is now set at $259,745.

“This is not a publicity stunt,” he tells the newspaper. “You don’t give up $90,000 for publicity. I did this for the people. This is something I’ve been thinking about from the very beginning.”

Burse served as KSU’s president from 1982 to 1989, and later became an executive at General Electric Co. for 17 years. He replaces Mary Evans Sias, who served as university president for 10 years.

Burse is expected to hold the position for only 12 months until a replacement is found, but the rise in pay for employees is expected to remain in place even after his departure.