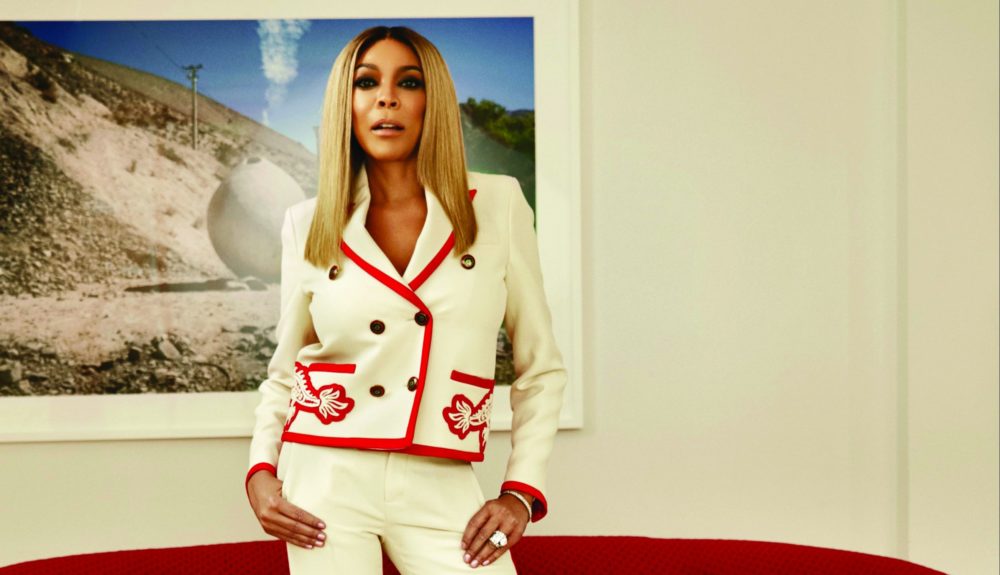 Wendy Williams has always been a lightning rod for strong opinions—some good, some full-on foul. But when it comes to measuring her success, even her staunchest critics have to give Williams her due. After leveraging 20 years on the rise as a shameless radio shock-jock into an odds-defying decade as host of her eponymous hit talk show, Williams is an undisputed mogul.

With a net worth of at least $40 million (including an annual TV show salary of $10 million), according to Celebrity Net Worth, Williams’ mega-brand is built on a big personality that’s unafraid to express what she thinks and expose who she wants, while making no excuses along the way. Love her or hate her, there’s no one else like her, and her unapologetic authenticity has won her legions of rabid fans.

The Wendy Williams Show, now in its 11th season, averages more than 2.4 million daily viewers, making Williams rival Ellen DeGeneres as the No. 1 female host on daytime TV. Both the show and host have received multiple Emmy nominations and Williams was a 2009 inductee into the National Radio Hall of Fame.

Her empire has included production deals with Lifetime TV; fashion, jewelry, and wig lines; a book publishing company; and a philanthropic arm created to assist those struggling with addiction, as Williams openly admits she has. She is also the author of several books including “Wendy’s Got the Heat,” a 2003 memoir that made the coveted New York Times best-seller list.

Despite her notoriously strong personality, dogged work ethic, and unbridled ambition, toward the end of her autobiography, Williams pointedly advised women readers to “Know Your Place.” Summarizing her relationship with her then husband/manager Kevin Hunter, she wrote: “…my job is to make the house run smoothly. His job ultimately is to make me feel safe and protected. He is the man and that’s his primary job. I am the little woman.”

Williams has been called lots of things through the years but “little woman” has never been one of them.

After news of their marital split broke in April, it became clear that Williams had ceded decades of control to her man. Now 54, she’s facing a major transition—not just from wife to divorcee after 21 years, but from “show pony,” as she called herself in a June interview with TMZ, to power broker or—as her next memoir might couch it—from “little woman” to bad ass boss.

Fans to Williams: How You Doin’?

Used to spilling the tea surrounding other celebrities’ lives for her own professional gain, Williams hasn’t shied away from owning her own mess in the press. The news that Hunter was not only unfaithful but had possibly fathered a child with a mistress caused Williams to move from the couple’s New Jersey home to a sober house and triggered daily headlines that made her life and career look as if they were careening out of control. Emotional appearances on TMZ didn’t help. Nor did the fact that, with her TV show on hiatus, Williams didn’t have a chance to set the record straight daily and directly for her concerned fans.

Those fans were soon wondering if she could keep her business life thriving when her personal life was in shreds. Especially since Hunter was not just her primary and most trusted adviser, he was executive producer of “The Wendy Williams Show.”

No sooner did Williams file for divorce than Hunter was fired by Debmar-Mercury, the majority stakeholder of the show in which, Williams is quick to point out, she also owns a stake—and now executive produces. The decision was then made to close Hunter Publishing Co. as well as the Hunter Foundation.

Her new manager, Bernie Young, is unfazed by the closures, calling them necessary steps on the road to stabilizing Williams’ brand so it can grow from a stronger base.

Williams moved quickly to personally hire Young, a seasoned pro with a stellar track record. A former New York City detective, he launched a second career managing comics and wound up executive producing Rosie O’Donnell’s and Martha Stewart’s TV shows at their height. He had a candid two-hour phone interview with Williams before which, Young admits, he knew little beyond who she was.

“She surprised me,” Young says. “The conversation was all about her life and what she wanted to do, the things that started and failed, the dreams that came true and didn’t. She’s very smart, she understands where she is, and she has very definite ideas about where she wants to go.”

While they are in the midst of forging a very different type of manager-client relationship, the transition was clearly needed and Young says it’s going well. “We check in every day to make sure, are we speaking the same language? Can we look each other in the eye? Can we tell each other the truth and hear it? I always say, the truth can hurt but it doesn’t last,” Young says. “If we can survive that, there’s no limit to what she can do.”

Without criticizing her soon-to-be ex, Williams was as defiant as ever when she addressed an audience of entrepreneurs at Black Enterprise’s FWD conference in Charlotte in June.

“We had to clean the slate and start over,” Williams said of Hunter’s ouster. She proudly added that, at age 29, when she met Hunter, “I was already a property owner, I was already a radio star, I was already the boss of my own life … so, it’s not new. I’m just returning to that life but with a bigger platform—and I love it.”

Despite some personal fits and starts, within six weeks of hiring Young, Williams had already cut a new deal with Lifetime TV. While the specifics of the partnership are still being finalized, she and Young confirmed that she will executive produce a series of projects for the women’s network.

On July 27, Williams begins an eight-city tour called, “Wendy Williams and Friends Presents For the Record.” The show, which launches in Oakland, California, and ends in Atlanta in September, will feature several up-and-coming comedians. Williams will host and, between their sets, will take the stage to set the record straight about her year in the headlines, says Young.

“She’s got a story to tell and this tour allows her to tell her story, her way. I want the public to see this person for who she is. She’s funny, she’s real—sometimes a little too real—but she’ll tell hers as good as she’ll tell yours, and that’s what makes people relate to her and want to bring her into their homes every day” via their TVs.

Young hopes to get the comedy tour picked up by a network to air as a special, or kick off a new series.

“The goal is not to dwell on what she’s losing but on what she wants to build,” Young says. “She has a lot of talent and a lot of vision. My job is to listen and bring structure and organization to that vision so she can achieve what she sees.

“She surprises me every day,” says Young. “I think other people are going to be surprised too.”