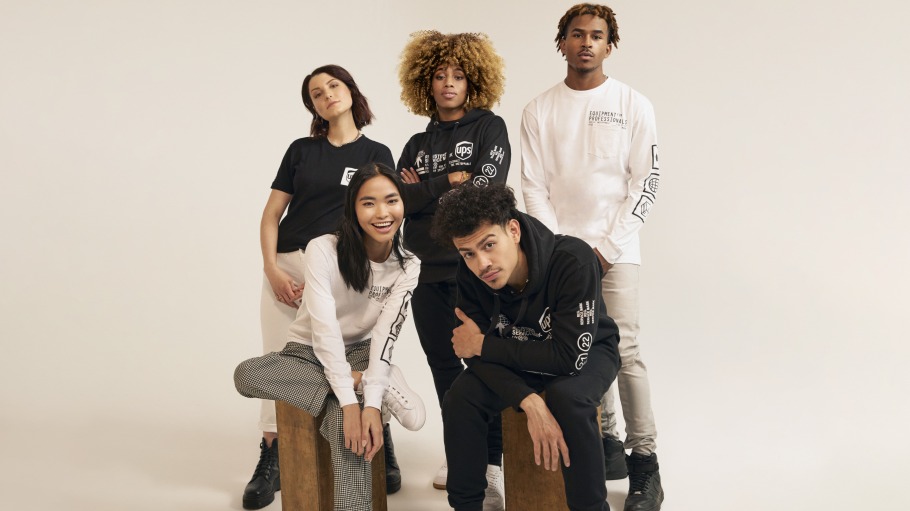 The apparel is the latest extension of the shipping giant’s Proudly Unstoppable initiative, aimed at amplifying and supporting minority-owned small businesses during the pandemic.

“Across the global economy—talent, intelligence, ideas, and vision are equally distributed. Unfortunately, resources are not. With this campaign, we saw an opportunity to change that,” UPS’ CMO Kevin Warren said.

“Through the proceeds from our Be Unstoppable gear and our partnership with InTheBlk, we have an opportunity to make a meaningful difference for emerging Black fashion brands and their unstoppable spirit.”

In an effort to connect the company with a younger, more diverse audience, UPS released a line of modern streetwear consisting of T-shirts, jogger sets, caps, water bottles, wireless speakers, and backpacks ranging from $28 to $98, WWD reported.

The collection was inspired by the creativity of Black creatives across art, music, and fashion and pays It pays homage to Black designers and creatives like Olivier Rousteing and late fashion icons Virgil Abloh and André Leon Talley.

All proceeds from the 14-piece collection and an additional $50,000 in grants will go to InTheBlk, a nonprofit dedicated to uplifting emerging Black fashion brands.

“We believe an intentional focus on diversity, equity and inclusion not only leads to better outcomes throughout our business but helps lift communities and the wider economy. When small businesses win, we all win.”