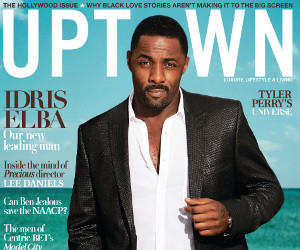 Len Burnett, a co-founder of Uptown Magazine, has bought back the magazine he helped launch.

According to the New York Post, Burnett bought the title back from Vibe Holdings, which acquired it in 2011. The deal, which closed before the end of year is for an unspecified amount and no terms were disclosed.

Burnett said his new company is backed by “several wealthy individualsâ€ that he declined to name. He also mentioned he’s raising additional funds. He said about seven people from the company will join him in the new venture. Isoul Harris has already been named as the new Editor-in-Chief, replacing Angela Bronner Helm.

Burnett stated that Intermedia Vibe, which is headed by Leo Hindery Jr., and basketball legend Earvin “Magicâ€ Johnson, wanted to focus more on Vibe Magazine and its digital portion. He insists the split was amicable and “there was no falling out.”

The magazine currently has a circulation of 250,000 and publishes six times a year with seven regional editions. Its target audience is “luxury affluent African Americans aimed at luxury lifestyle and living,â€ according to the magazine’s website.