US Bank Reaches Settlement With Black Man Arrested, Accused of Trying to Cash a Fake Check 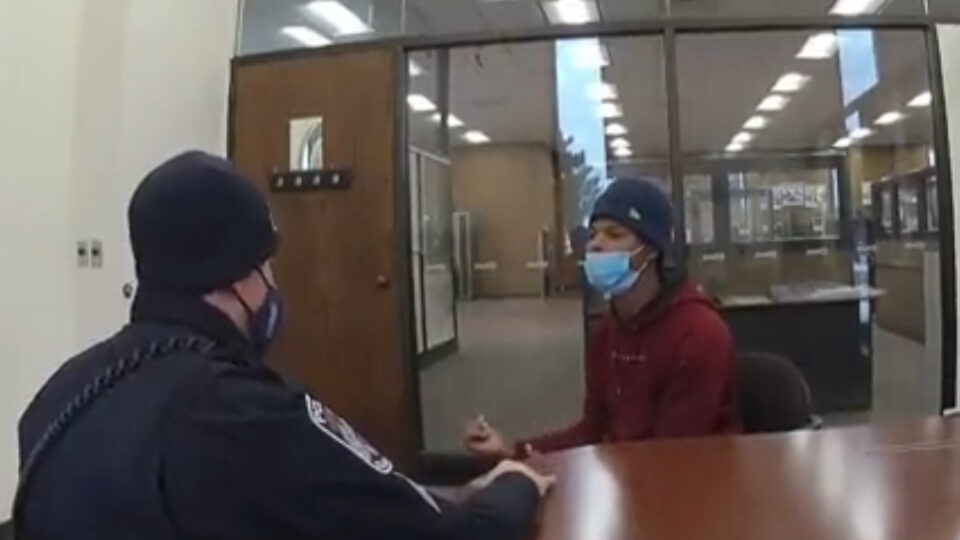 Joe Morrow, the 23-year-old man who claimed that U.S. Bank refused to cash his check after racially profiling him and alleging the paycheck was fake, has scored a win with the financial institution.

U.S. Bank has denied that Morrow had been racially profiled, but the bank quietly agreed to a confidential settlement with Morrow after KTSP started an inquiry into the incident.

Last year, Morrow went into a US Bank branch in Minnesota after getting off a 12-hour shift to cash his check from his employer. When he entered the bank and tried to cash his check, a white bank manager, John Askwith, questioned the check’s validity, which totaled $900. After suspecting that the check was fraudulent, he called the police.

Joe Morrow went to a @usbank branch to cash his paycheck. The bank accused him of fraud, then he was threatened with arrest and handcuffed. Joe’s paycheck was real. See the bodycam video from a responding officer and watch @Eric_Rasmussen‘s story tonight at 10pm on @KSTP. pic.twitter.com/xVgVN8DY7i

Morrow, 23, was placed in handcuffs by police officers even though he had identification and a valid account at the bank.

Although Askwith presumed the check to be fake, police body camera footage revealed that the bank manager called Morrow’s job for verification only after police removed Morrow from his office.

In the footage obtained, Morrow can be heard professing his innocence and accusing Askwith of racial profiling. “I work there, bro. And I’m going to report you too, bro. This is racial,” Morrow said to the bank manager.

In the video, Sgt. Justin Pletcher, without provocation, says to Morrow, “Joe, I need you to calm down, first of all, OK? Don’t say anything stupid because you’re just going to get arrested for it.”

After another police officer arrives, Morrow is handcuffed and taken away from the office.

In the incident report filed by Pletcher, he wrote that Morrow “flexed at John (Askwith) in a threatening manner.”

“I didn’t threaten him. I got up, like, I’m mad,” Morrow said. “The guy told the officer, can you get him out of my office? He might take something on my desk… that’s when I got super mad. I’m going to touch something on your desk?”

Morrow told KSTP that “They were all looking at me and just staring at me. And then looking at the check and then staring at me again, and I’m already knowing what they’re thinking—that the check (is) fake. The manager? He came over and said, ‘Joe Morrow? Your check (is) fake.’ And I said, what?” Morrow said. “He said, ‘you people always coming in here with fake checks.'”

After calling for verification, the bank discovered that the check was authentic.

Although U.S. Bank reached a confidential settlement with Morrow, they continue to defend the employees’ behavior in the incident.

“After a thorough internal investigation, there is nothing to indicate that the customer’s race or ethnicity played a factor in the service he received at this branch,” spokesperson Lee Henderson stated in an email last week.