In the News: US Poverty Rate Soars; Lil Wayne Sounds Off On Tea Party and More 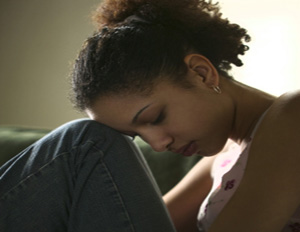 The number of Americans living in poverty in 2010 hit a 52-year high, according to a report released by the U.S. Census Bureau today. As the poverty rate continues to climb, the median household income has tumbled, as has the number of people with health insurance coverage. The news is a sad indicator particularly for the state of Black financial health, revealing that Blacks have the highest rate of poverty and the lowest median income.

In the report, “Income, Poverty, and Health Insurance Coverage in the United States: 2010,” a staggering picture emerges of a still-ailing American economy. The findings detailed in the report are from the first full calendar year since the official end of the 2007-2009 recession.

EPA chief Lisa Jackson is staying put, she told POLITICO on Tuesday, despite speculation that she might step down after the White House undercut her efforts to set a stricter smog limit.

Asked outside a meeting in the Senate Hart Office Building whether she had any plans to leave the administration, Jackson said, “No, ma’am.â€

Jackson added that the EPA will comply with President Barack Obama‘s request to hold off on revising the smog standard until the next scheduled review in 2013.

Maybe Lil Wayne has a future as a political commentator. The Young Money rap star, who nearly sold a million copies of his latest album Tha Carter IV in its first week of release (that’s 964,000 copies to be exact), is weighing in on the current Republican Presidential field. And like most Americans who tuned into Monday’s spirited Tea Party debate, Wayne has his own views on the conservative crop headlined by frontrunner Rick Perry, Mitt Romney, and Michele Bachmann.

Twitter has announced the launch of the service in five new languages: Simplified and Traditional Chinese, Hindi, Tagalog and Malay.

This brings the total number of languages Twitter is available in to 17.