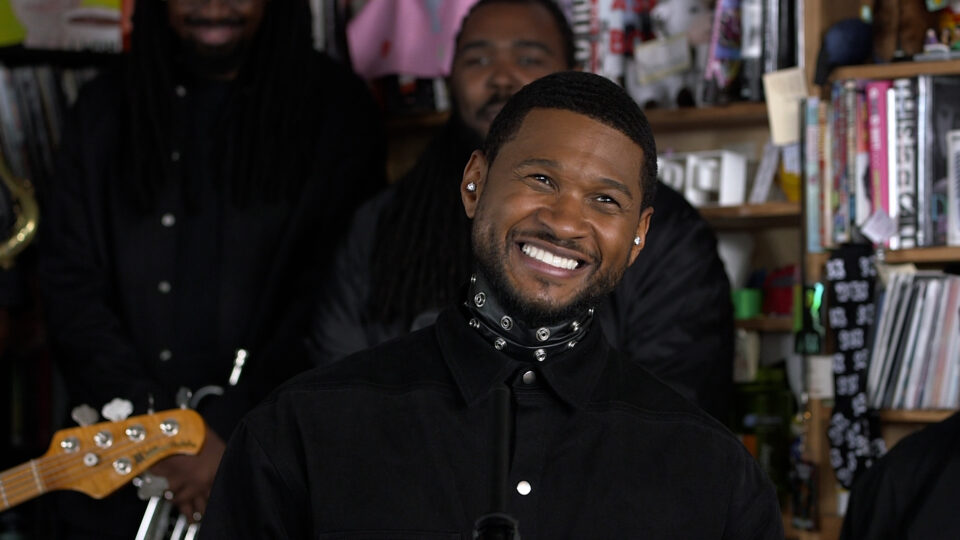 Usher’s Thursday performance in the intimate Tiny Desk Concert series by NPR left the internet in shambles after he reminded everyone why he’s the king of R&B.

The 43-year-old flaunted his Whitney Houston-caliber vocals and delivered an unforgettable performance of his greatest Grammy-winning hits including You Make Me Wanna…, Superstar, U Don’t Have to Call, Nice & Slow, Confessions Part II, and My Way.

He was accompanied by a live band composed of a keyboardist, saxophonist, drummer, trumpeter, trombonist, guitarist, and bassist.

The R&B legend also brought along Vedo and Eric Bellinger for backup vocals.

“I brought my brothers with me,” he said as he introduced them. “Two of the most incredible voices of this time. I wanted to share this moment with them and with you, to share their talent.”

A stellar end to June’s Black Music Month, the 30-minute performance evoked nostalgia from the fan-favorite tunes, particularly stunning social media with his vocals on Superstar, which sent him trending on Twitter.

“We celebrate Black Music Month. This has been Black magic,” the R&B superstar commented at the close of the concert, before performing My Way on its 25th anniversary album release.

Some fans were even left wanting more of the angelic vocals.

“I’m sorry but Usher’s Tiny Desk wasn’t long enough for me,” wrote a fan on Twitter. “I need him to literally come to my house and sing every single song from all 8 of his albums. I have a mic here.”

I'm sorry but Usher's Tiny Desk wasn't long enough for me. I need him to literally come to my house and sing every single song from all 8 of his albums. I have a mic here

Another user said, “i have seen usher in concert like 69 times, but after that npr performance, i NEED to go to his vegas residency. my man doesn’t miss a beat!”

i have seen usher in concert like 69 times, but after that npr performance, i NEED to go to his vegas residency. my man doesn't miss a beat!

The iconic set was recorded right after being on stage at Pharrell‘s Something In The Water Festival in Washington, D.C.

The Tiny Desk performance was released a day before the City Girls dropped new single Good Love featuring Usher, seen in their music video stunting at the roller rink.

Amid all the buzz about his recent viral appearances, the eight-time Grammy Award-winner is set to start the second part of his Las Vegas residency at Park MGM, kicking off July 15.