Usher Sees His "Twin" Court Side at NBA Playoff Game 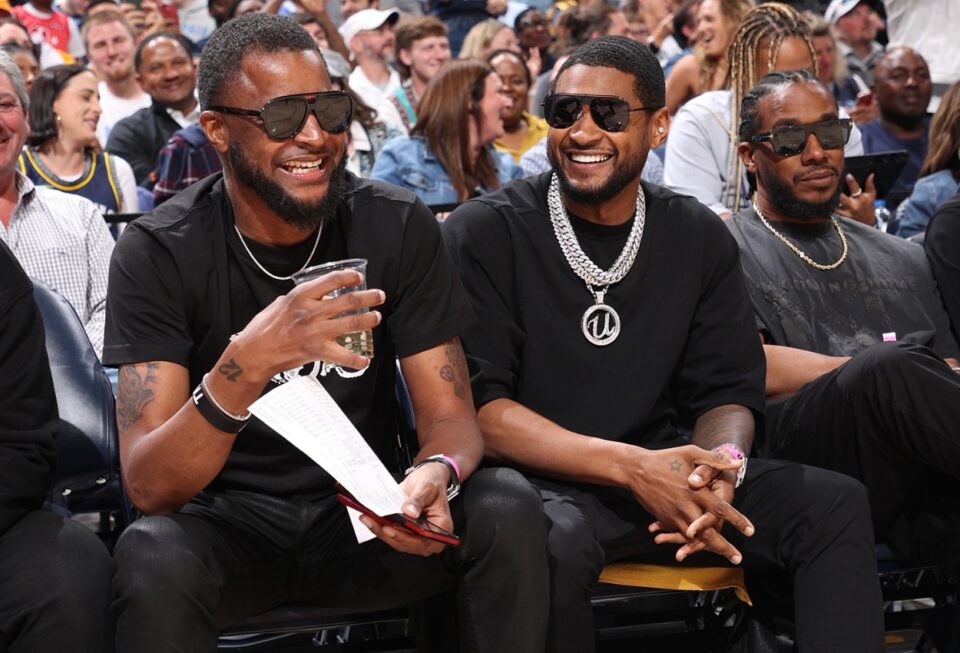 Allegedly, we all have a twin walking around somewhere on this planet. Singer Usher Raymond IV ran into his twin at a recent NBA playoff game!

Memphis Grizzlies basketball player, Ja Morant has been tearing up the courts all season and is currently locked in a battle against the Minnesota Timberwolves as both teams vie to advance to the next round in the NBA playoffs. But, for a moment, the attention was taken off Morant for another Morant, his father, Tee. Since the start of the playoffs, Tee Morant has been seen on camera often. The more face time Tee got, the more comparisons surfaced of him favoring R&B singer Usher were made.

Well, guess who showed up at the Grizzlies versus Timberwolves game on Tuesday night?

As the “Look-Alike” cam scrolled through the audience, Usher’s face appeared on the screen after two look-alikes were revealed. The match? Of course, Tee Morant.

Had to See What the Hype was about pic.twitter.com/FJhfFPeq2I

The 43-year-old singer and Ja’s father were even dressed similarly in a black T-shirt and shades. Tee had on one necklace while Usher sported several. The uncanny resemblance did not go unnoticed.

This single tweet is the reason why Usher is magically courtside next to Ja Morant’s dad tonight. https://t.co/wZcxWsvLEs

Tee Morant literally is usher in the multiverse and I ain’t debating. That’s dope tho lol

Sooooo, people keep saying Tee Morant looks like Usher. And now Usher is here sitting next to him pic.twitter.com/rIbZmEf7FZ

Tee Morant looks like if I drew Usher from memory pic.twitter.com/zk3Oewb3Tk