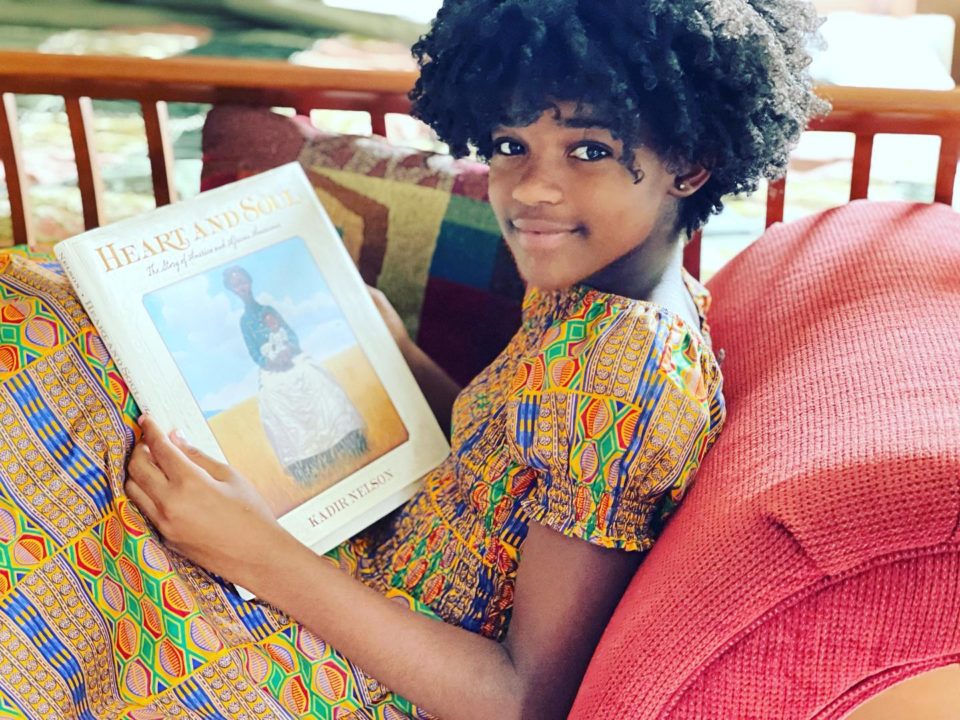 Bellen Woodard started an art-focused product line after she was inspired to give away art kits which made all kids feel represented through crayon colors beyond only peach. Facebook- Bellen's More than Peach Project

A  skin-colored crayon could turn out to be just about any hue, since the world is made up of diverse shades of people.

That’s exactly the point that Bellen Woodard was trying to make to her classmates, when they asked for the “skin color” crayon to be handed to them — but they wanted a peach-colored crayon since they were white, according to The Washington Post.

The spunky kid took issue with a peach-colored crayon being the go-to skin color, especially since it didn’t match the beautiful brown-skinned girl.

So Bellen, along with the support of her mom, started selling a host of products through an art-infused line called More Than Peach. Bellen’s crayon company has blossomed into a mission that has the young activist hosting a series of events which fueled a conversation around equity and diversity.

More Than Peach was created in spring 2019 by then an 8-year-old Bellen to “get multicultural crayons in the hands of every student and every classroom,” according to information that was provided on Bellen’s website.

Today, Bellen sells a More Than Peach™ product line which was founded by World’s 1st Crayon Activist™. Items such as crayons, colored pencils, sketch books and more are included.

Bellen’s journey began when she was the only Black third grader in her class in Loudoun County, Va.

She spoke with her mother, Tosha Woodard, about feeling uncomfortable about the assumption that a peach-colored crayon was the only color of skin. Bellen decided to reverse the narrative by explaining to her classmates that a “skin color” crayon “could be any number of beautiful colors,” then reframing her response by asking which color they wanted.

Their word choices and perspectives changed.

“What was most inspiring to her was seeing how her words led her teacher to begin using her same words in response to the ‘skin-color’ crayon request and before long, an entire class had abandoned the language,” Woodard told PEOPLE in an interview.

Bellen wanted to make a bigger difference. Her “More than Peach” project was born after her teacher and class began catching on to the idea that skin color could be hues other than peach, according to The Washington Post.

Bellen began giving away art products which included diverse crayon colors beyond peach with custom-made art kits she sent to local elementary and middle classrooms. She provided them to support youth who may be unable to purchase the items. Bellen financed her idea through a school-supported fundraiser and by using her own money she earned from a modeling job.

Demand for Bellen’s art kit skyrocketed. Woodward found herself sorting through email sent from people from across the U.S., after they located Bellen’s new website, The Washington Post reported.