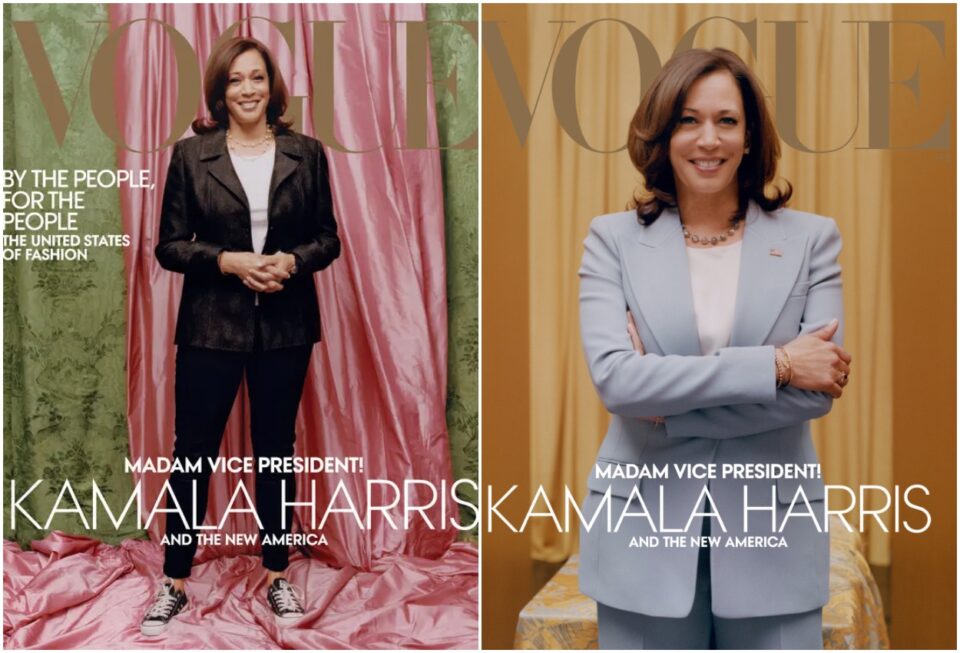 Vice President Kamala Harris felt “belittled” and “wounded” by the cover photo that Vogue chose for its February 2021 issue so much so that Harris had a top aide complain.

Politico’s West Wing Playbook Newsletter published excerpts from This Will Not Pass: Trump, Biden, and the Battle for America’s Future by Jonathan Martin and Alexander Burns set to release in May that detailed Harris’ reaction to the cover. The photo displays Harris in a black blazer and capri pants with Converse sneakers in front of a green and pink background in a nod to Alpha Kappa Alpha’s sorority colors.

When the cover dropped, Harris’ team was blindsided and caught criticism as many believed the casual style failed to give her the respect and grace a vice president deserves. Many also felt the lighting and background portrayed her as unflattering.

“Harris was wounded,” the authors wrote, according to Politico.

“She felt belittled by the magazine, asking aides: Would Vogue depict another world leader this way?”

Amid mounting criticism, Vogue picked a different photo of Harris sporting a powder blue pantsuit in front of a gold background as the cover for the digital issue and a limited-edition print issue commemorating the inauguration.

A Vogue spokesperson responded to the criticism saying “The team at Vogue loved the images Tyler Mitchell shot and felt the more informal image captured Vice President-elect Harris’s authentic, approachable nature—which we feel is one of the hallmarks of the Biden/Harris administration.”

According to the book, the photo added tension between Harris’ office and the West Wing. The Vice President’s Chief of Staff Tina Flournoy raised the issue to a Biden senior official.

However, with the country still in the throes of the COVID-19 pandemic and fresh off the Jan. 6 Capitol riot, the incident was largely dismissed by Biden’s staff.