Vice President Kamala Harris has invited all 24 female senators to the Naval Observatory for dinner next Tuesday in a show of bipartisanship.

The vice president‘s guest list consists of 16 Democrats and eight Republicans. The dinner marks a resurgence of dinner parties among female politicians in Washington, D.C., which have become less frequent in recent years as the 2016 and 2020 elections have led to deep divisions along party lines.

The dinner, which was started by former Sens. Barbara Mikulski (D-Md.) and Kay Bailey Hutchison (R-Texas), is set for June 15. The dinners began to fade after Mikulski retired in 2017, according to Yahoo News.

Harris has also been dealing with backlash from both sides of the political spectrum regarding the southern border. Republicans have been attacking Harris for more than 100 days after President Joe Biden visited the border. At the same time, Progressive Democrats, including New York Rep. Alexandria Ocasio-Cortez and the ACLU, have expressed disappointment in Harris telling Central American residents not to come to the border. 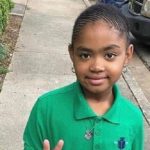 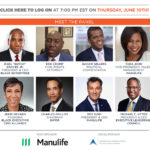