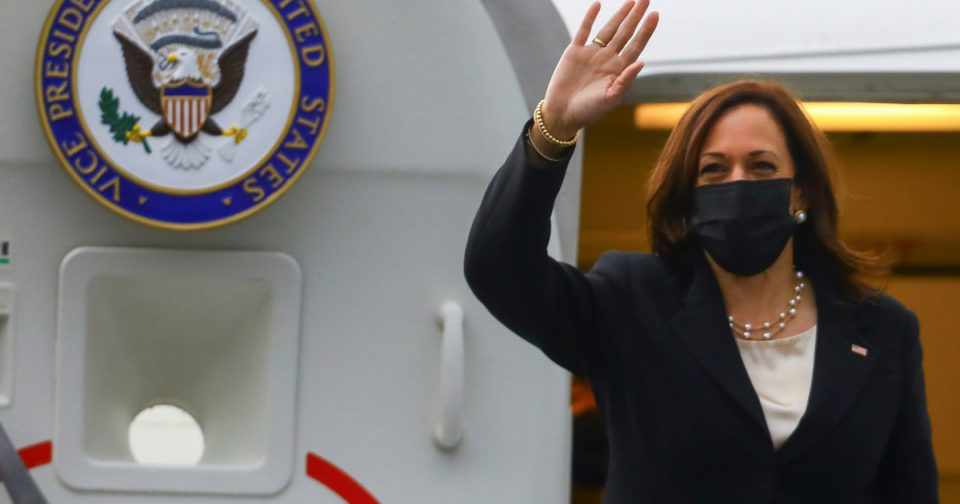 Vice President Kamala Harris is set to visit the border this week. (Twitter/@AJEnglish)

Vice President Kamala Harris will make her first trip to the U.S.-Mexico border Friday since President Joe Biden put her in charge of the border situation and amid increasing GOP pressure.

Harris will be joined by Senator Dick Durbin (D-Ill) the chairman of the Senate Judiciary Committee and Rep. Veronica Escobar (D-TX) who represent the El Paso area.

Even when this trip was announced, many wondered why Harris chose to visit El Paso as opposed to the Rio Grande Valley, where there is a higher flow of migrants crossing and an overcrowded CBP facility.

“El Paso being the birthplace of the previous administration’s family separation policy,” Sanders said according to NBC News. “It is an important part of the story here, and one that you can expect we will continue to tell tomorrow on the ground.”

Sanders added the trip isn’t about playing politics, but “really about building on the work that she has been doing. This is not happening in a vacuum and it is not just to go and see.”