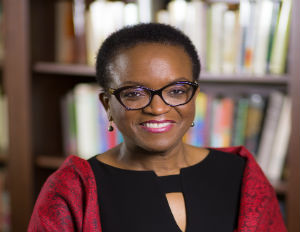 In the spring of 2013, a burst of student activism erupted on the campus of Swarthmore College, a small, selective liberal arts school about 20 miles outside of Philadelphia.

“Several issues came to a head, including the environment around race relations and inclusivity,â€ Valerie Smith, now president of Swarthmore, told me.

Leading a now non-sectarian school founded by abolitionist Quakers, Smith didn’t tell me that in light of the unrest the college’s selection of a black female president may have emerged as an attractive option; nevertheless, it isn’t hard to see how that was probably the case. Smith is Swarthmore’s first black president.

How are race relations on the campus now? Smith says the school did a lot of self-scrutiny, and the work has paid off.

“The college took a number of steps, including doing a campus self-study. We brought in a consultant to analyze the results and developed working groups to help us implement a variety of changes,â€ Smith says. “We also took a close look at the processes by which we recruit faculty and the way we deploy resources to retain faculty. We committed to devote more resources to outreach to underrepresented students.â€

Smith says the school recognized the importance of building an inclusive community once an investment is made in diversity. “Bringing in students from underrepresented populations is not enough.â€

What’s notable, Smith says, is that now students of color by and large feel empowered, successful, and active, and not just in their own spaces. “They are visible across all academic departments and co-curricular activities. There are ample opportunities for them to come together within their affinity groups but also to engage and work side by side with students from all kinds of groups as well.â€

Smith has been president of Swarthmore for just about 18 months, and so far she finds the work delightful. I asked her about the school’s striking 94% graduation rate–which is also the rate for its Pell grant recipients, which make up about 20% of the class of 2020. Turns out that having resources to support these students makes a big difference.

“A lot of it comes down to resources and institutional priorities,â€ Smith says. Along with need-blind admissions and a no-loan financial aid policy, Swarthmore provides for students’ hidden costs, like unpaid summer internships.

“We also have dedicated advising resources to help close the gap between their previous experience and the culture of the college,â€ Smith says.

Once they graduate, what qualities distinguish a Swarthmore grad? Smith said two immediately came to mind: First, they graduate knowing that there’s “still so much they don’t know–and they delight in that and become lifelong learners.â€

Second, they know that they’re expected to “use their talents and gifts to make a difference in the world.â€

For more about Valerie Smith and Swarthmore College, go here.