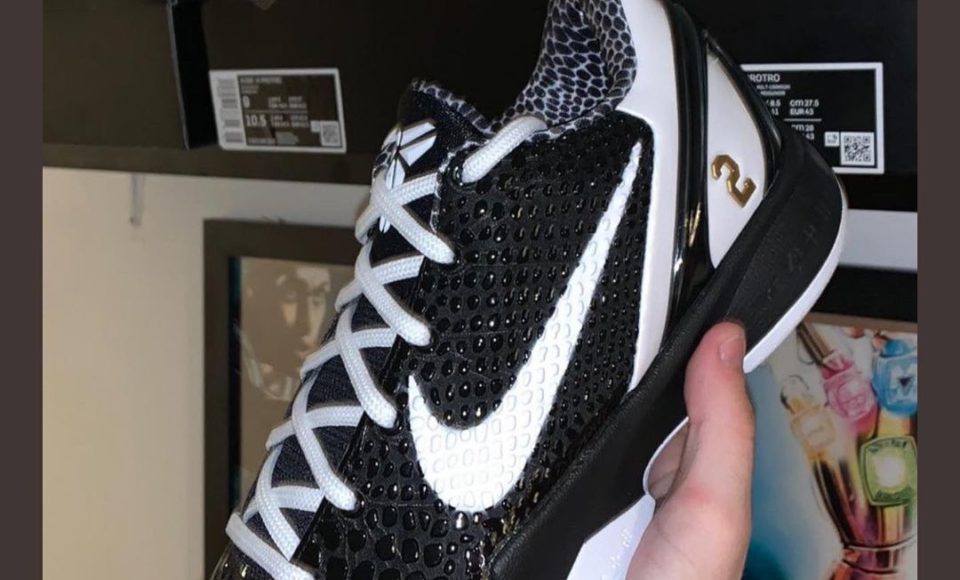 Kobe Bryant’s widow, Vanessa, is not a happy camper these days! Earlier this year, the widow didn’t renew the contract with Nike to extend his longstanding deal with the company. Now, she is furious as there has been a public leak of the Mambacita sneakers she designed that honors her and Kobe’s late daughter, Gianna, who died in a helicopter crash with her father early last year.

According to NBC News, Bryant is seething that the shoe that she designed for Nike honoring her daughter has been leaked and not approved by her as she didn’t renew the contract her husband had with Nike. She expressed her dismay on her Instagram account.
“This is a shoe I worked on in honor of my daughter, Gianna. It was going to be called the MAMBACITA shoe as an exclusive black and white colorway on her daddy’s shoes. The MAMBACITA shoes are NOT approved for sale. I wanted it to be sold to honor my daughter with ALL of the proceeds benefitting our @mambamambacitasports foundation, but I did not re-sign the Nike contract and decided not to sell these shoes. (The MAMBACITA shoes were not approved to be made in the first place.) Nike has NOT sent any of these pairs to me and my girls. I do not know how someone else has their hands on shoes I designed in honor of my daughter, Gigi and we don’t. I hope these shoes did not get sold.”
“In the 2nd photo, it appears someone already has Gigi’s MAMBACITA shoe in their possession. If someone can share how they have these shoes in their possession, that would be great because my daughters and I don’t have any of Gigi’s MAMBACITA shoes.”

The 41-year-old basketball legend died in a helicopter crash in Calabasas, Calif., along with his 13-year-old daughter, Gianna, and seven other people on Jan. 26, 2020.