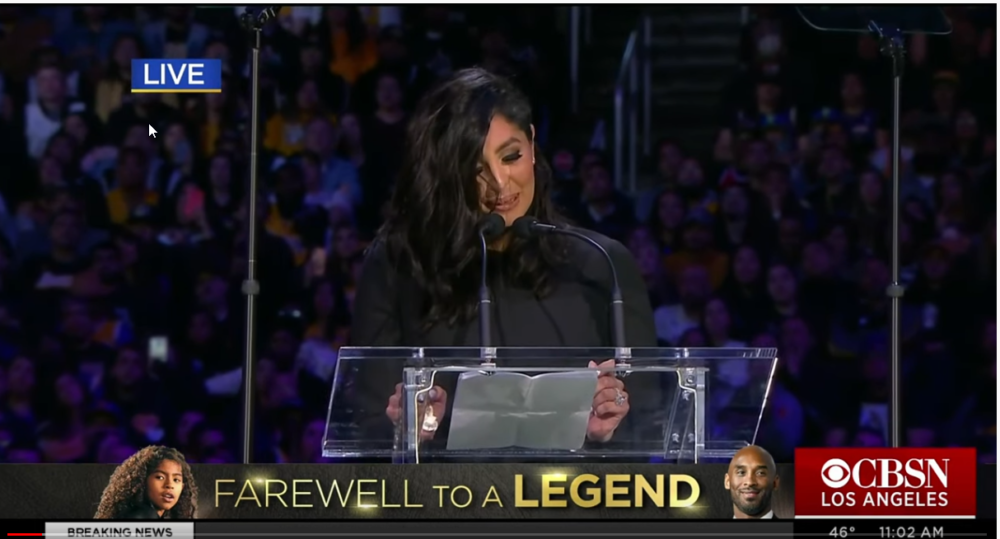 Kobe Bryant‘s wife, Vanessa Bryant, filed a lawsuit last week regarding a collection of unauthorized photographs that were taken by Los Angeles County Sheriff’s Department officials. The prints were photos that show the aftermath of the Jan. 26 helicopter crash that killed her husband, the couple’s 13-year-old daughter, Gianna, and seven other passengers, according to People magazine.

The NBA Hall of Famer’s widow is seeking damages for emotional and mental anguish after finding out that eight deputies took graphic photos of the crash scene on their personal phones. Vanessa personally spoke to Sheriff Alex Villanueva on the morning of the crash and requested the site be secured for privacy. Only the county coroner’s office and investigators along with the National Transportation Safety Board were allowed to photograph the scene, Villanueva told reporters at the time.

“In reality, however, no fewer than eight sheriff’s deputies were at the scene snapping cell-phone photos of the dead children, parents, and coaches,” the document states. “As the Department would later admit, there was no investigative purpose for deputies to take pictures at the crash site. Rather, the deputies took photos for their own personal purposes.”

“This [filing] solely is about enforcing accountability, protecting the victims and making sure no one ever has to deal with this conduct in the future,” a spokesperson for the Bryant family told PEOPLE in a written statement.

“When a family suffers the loss of loved ones, they have the right to expect that they will be treated with dignity and respect,” the family spokesperson adds. “The Deputies in this case betrayed that sacred trust. This claim is intended to hold the Sheriff’s Department accountable and to prevent future misconduct.”