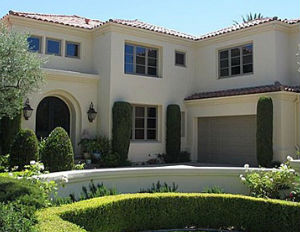 After deciding to leave her NBA husband of 10 years in 2011, Vanessa Bryant has finally sold off one of the three Newport Beach, California mansions Kobe Bryant handed over in the divorce settlement.

According to TMZ, the former dancer put the 6,000-square-foot home up for sale in September of last year for a whooping $3.75 million after purchasing the house in 2003 for $2.65 million. Reports have now confirmed that the former Mrs. Bryant finally sold the house for $3.22 million, which is $530,000 less than what she anticipated.

While Vanessa Bryant is selling off property from her divorce settlement, there’s still a question as to whether or not the couple is completely separated. The two were recently spotted together on New Year’s Eve, celebrating another year. Sources say Vanessa and Kobe’s relationship is so up and down that it’s hard to tell what the future holds.