Vanessa Simmons to Star in Her First Leading Movie Role 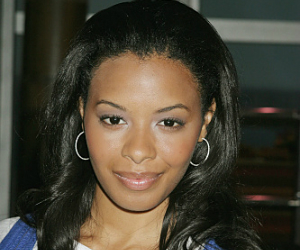 Filmmaker Dominga Martin recently announced that Vanessa Simmons has been cast as the leading lady in her upcoming romantic comedy, “My First Loves.”

The film is being produced by acclaimed producer, Monty Ross, who has produced films like “She’s Gotta Have It,” “Do The Right Thingâ€ and “Malcolm X.”

When asked about her thoughts on landing the leading role in “My First Loves,” Vanessa said: “I fell in love with the very candid story of one girls quest in life to find true love, a story I can relate to quite well.”

“My First Lovesâ€ is scheduled to begin production this summer in Atlanta, GA and New York City with hopes to take advantage of NY State and Georgia State Tax Credit benefits, as well as support New York City’s Made In NY Reel Jobs opportunities to employ locally.

Read more on The Industry Cosign

We Fall Down & We Get Up: 5 Celebrities Who Succeeded Despite Rejection

Don’t Drink and Drive: How a DUI Can Cost You