The IRS is After Vanessa Williams 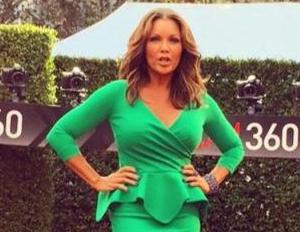 According to The New York Daily News, actress Vanessa Williams owes about $370,000 in taxes. A lien was issued by the IRS earlier this month for Williams’ 2011 tax return.

The IRS is asking for $369,249.89 from the actress. Although the actress resides in Chappaqua, New York, her IRS paperwork was filed under her accounting firm’s Manhattan address.

She was hit with the lien after failing to pay an IRS assessment that was issued in November 2012.

In 1983, the actress became the first black woman to be crowned Miss America. She was also a successful recording artist before becoming a full-time actress, with her most recent roles in “Ugly Betty,” “Desperate Housewives,” and “666 Park Avenue.”