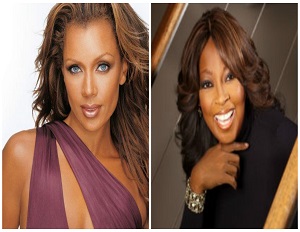 Vanessa Williams has been tapped by VH1 and Star Jones to play in a new scripted drama, Satan Sisters, based off Jones 2011 book.

Similar to the book, the series will follow the antics of five ladies at a popular talk show called ‘The Lunch Hour,’Â where Williams will star as Maxine who is the creator and host of the show. While the women are best friends on camera, backstage their dynamic is filled with power struggles, personal demons, love affairs and more, according to The Hollywood Reporter.

The show will premiere in 2017 and it will mark a return for Williams being a regular in a TV series following Desperate Housewives, Ugly Betty andÂ 666 Park Avenue. Most recently, she’s had a recurring role on The Good Wife and has played in Lifetime’s The Trip to Bountiful.

Both Williams and Jones will participate in Black Enterprise’s 2016 Women of Power Summit. Williams, alongside her mother, Helen Williams, will lead a conversation on the costs and rewards of taking the less traveled path to success and will discuss their memoir, You Have No Idea: A Famous Daughter, Her No-nonsense Mother, and How They Survived Pageants, Hollywood, Love, Loss (and Each Other).

Click here to register for the 2016 Women of Power Summit and be sure to follow Black Enterprise on social media @BlackEnterprise for Women of Power news, highlights, and updates. Use hashtag #BEWPS to stay in the loop.