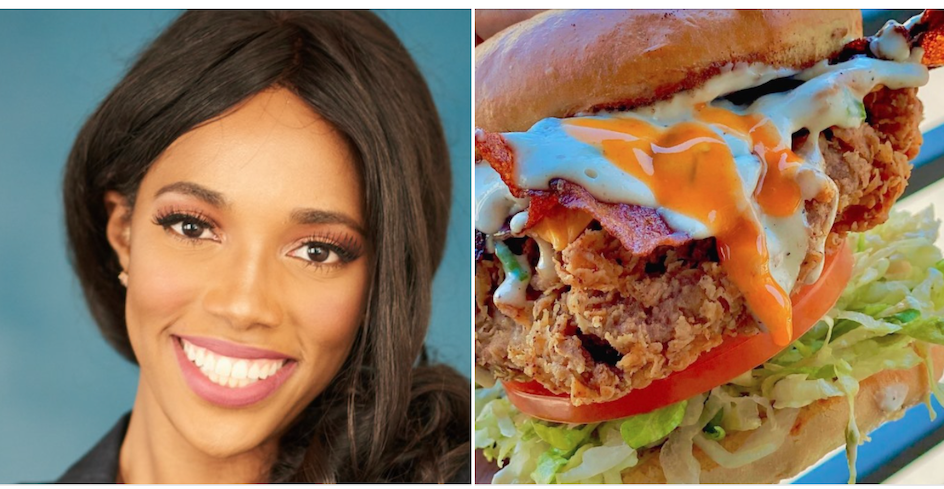 Torres offered the Sharks a $500,000 investment opportunity in exchange for a 10% stake in the company. Instead, billion-dollar investor Mark Cuban decided to partner with guest shark Rohan Oza and offer $1 million for 100% of the company. Torres would receive a 10% royalty.

“We are so blessed and excited to acquire our own warehouse facility while still maintaining 100% ownership of the company. I have God, my family, our team, and our awesome fans and customers alike to really thank for the incredible support. Dreams really do come true when you don’t give up or let someone steal your imagination. This is only the beginning,” said Torres told Times of San Diego.

When Torres introduced her fried vegan chicken to the Sharks, they immediately fell in love with it. “This batter is extremely tasty,” shark Lori Greiner said. “It’s got some zip to it.”

“You fooled me,” Barbara Corcoran said.

The Sharks bought into the idea of fried vegan chicken but challenged the financials that Torres delivered.

“On [Shark Tank] there were many edits of conversations to make it appear that I wasn’t intelligent enough for obvious dramatic effects of the ‘shocking’ ending,” Torres told VegNews.

She felt that her appearance on Shark Tank did not accurately portray her business acumen. Torres graduated from high school at 15 and received her first degree at 17.

“I think God works in mysterious ways because what was meant to harm me propelled me to where I am today—the proud and sole owner of the world’s largest vegan fried chicken manufacturing company and 100-percent owner of a multi-million dollar manufacturing facility.”

Torres felt that the Shark Tank offer was not a reflection of the true value of her company. In 2019, she declined the offer and now she projects exponential growth for the company going forward.

Giving Birth to a Plant-Based Brand

Deborah Torres is the founder of Atlas Monroe. The plant-based company specializes in fried vegan foods. According to VegNews, Atlas Monroe is on track to become the largest manufacturer of deep-fried vegan chicken in the world.

What motivated the creation of vegan fried chicken? Her father’s type 2 diabetes diagnosis. Torres decided to experiment with a vegan diet. One of her main priorities was to develop delicious foods that were healthy.

“My whole family and I went on a raw, vegan and organic diet for 90 days. We grew really ‘hangry’ at each other from just eating salads and fruit salads,” Deborah told CNBC. “After the 90 days, [my father] was completely healed. We vowed to stay organic, plant-based and natural. We continued to experiment, and Atlas Monroe was born.”