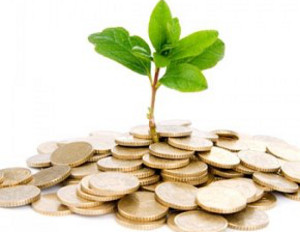 Mega deals like Uber, Cloudera. AirBnB, and Pinterest are standouts, all receiving massing funding rounds in 2014. Thus, reflecting a steady crop of seed stage companies that are attracting venture capitalists. In fact, US Venture capitalists invested $13.0 billion in 1,114 deals in the second quarter of 2014, marking the largest quarterly investment total since $13.1 billion was invested in the first quarter of 2001.

It was a 34% jump in dollars over the previous quarter when $9.7 billion was invested in 985 deals, according to the MoneyTree Report from PricewaterhouseCoopers and the National Venture Capital Association, based on data provided by Thomson Reuters. Moreover, VC investments for the first half of 2014 reached $22.7 billion, the highest first half total since 2001.

California topped the lists of states with companies receiving the most funding, with $8.93 billion in investment across 442 deals. With its $1.2 billion Series D round, San Francisco-based Uber had the number one transaction in the quarter. Software companies continue to dominate VC investing, with dollars invested reaching $6.1 billion. This marks only the fourth time since 1995 that investments in software companies have exceeded $6 billion in a single quarter.

“Investments going into companies with disruptive technologies remained strong in the second quarter, and VC investing is on pace to exceed the $30 billion invested in 2013,â€ states Mark McCaffrey, global software leader and technology partner at PwC. “When we step back, we not only see technology as a megatrend impacting the way we live, but it’s also disrupting entire industries by bringing the suppliers even closer to consumers. And, as the value of this technology is undeniable, we see VCs as well as non-traditional investors pursuing these deals more aggressively, resulting in higher valuations and larger capital investments.â€

The biotechnology industry was the second largest sector for dollars invested with $1.8 billion going into 122 deals. The media and entertainment industry captured the third largest total with $1 billion invested into 124 deals.