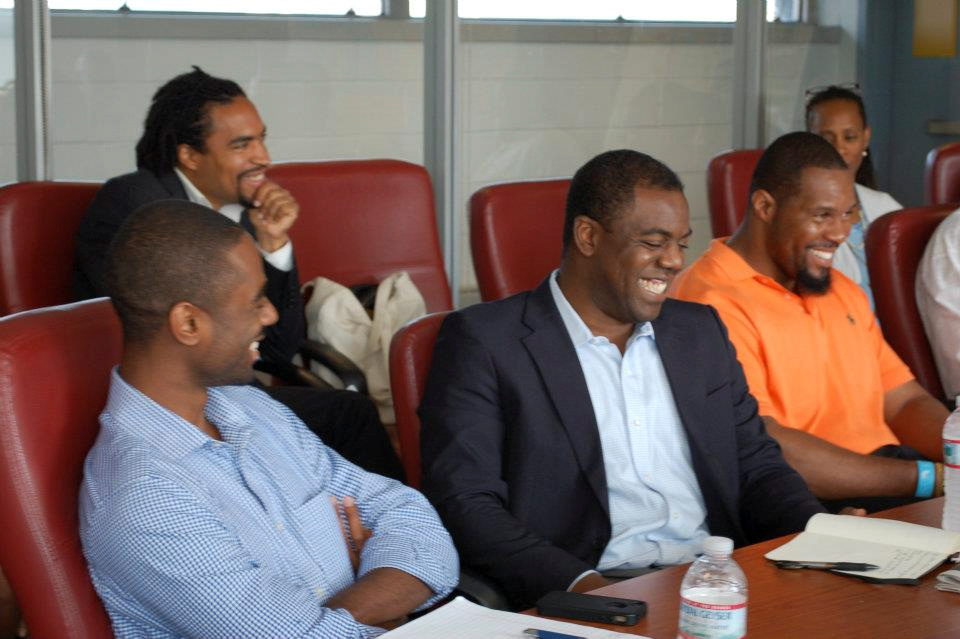 (Reuters) – When Donnel Baird first pitched his idea in 2014 to create a technology platform that could help small apartment buildings and other urban structures become energy efficient, he got the U.S. government to promise him $2.1 million, provided he could raise a similar amount from elsewhere, but not one of some 200 venture capital firms he approached agreed to invest back then.

Baird believes that initial funding was elusive in part because as a Black man without a background in software development, he was an outsider. Investors did not grasp the opportunity that seemed obvious to him as someone who had grown up in a predominantly Black, low-income neighborhood in Brooklyn, Baird told Reuters.

“That’s one of the hardest things about being Black. It is really hard to tease out why things happen. All I know is that the VCs decided I could not pull off what I was talking about,” Baird said in an interview. “Silicon Valley has a narrow archetype of what they like to invest in.”

Some seven years later, the 39-year-old has become the recipient of one of the largest early-stage funding rounds ever raised by a Black entrepreneur. His company, BlocPower, has raised $63 million in debt and equity, with the help of Goldman Sachs Group Inc and other investors. The bulk of the money will go toward financing energy-efficient heating and cooling systems for BlocPower’s clients.

The financing is both a sign that corporate America’s growing acknowledgment of its diversity problem is beginning to lead to some change, and a stark reminder that the pace of change is slow. Interviews with Black entrepreneurs and investors as well as a Reuters analysis of venture capital data provided by Crunchbase, a business information company, show Baird is an outlier.

The share of U.S. venture capital going to Black-founded companies stood at just over 3% of the $147.6 billion of 2020’s overall deal volume, the data shows. In the past six years, that percentage has not budged above 5%, even though about 10% of U.S. companies are Black-owned, according to U.S. Census data.

For Black founders, consistent support has come from only a handful of venture capital firms, and many of them are relatively small.

“One of the challenges for Black entrepreneurs is that you have a good idea, you’re ahead of the curve, and you have the skills to execute it, but because they haven’t seen a Black person do it, they wait for another person to do it,” said Jon Gosier, a Black entrepreneur who said he had to sell one of his more successful ventures a few years ago because he could not find investors.

Venture capital firms, which typically provide funding in exchange for an equity stake, finance only a tiny sliver of U.S. businesses. But their backing can make a huge difference to an entrepreneur’s success. Amazon.com Inc, Facebook Inc and many other corporate titans today have benefited from such early backers.

Past founders and employees of such companies have in turn gone on to back other successful ventures. Black entrepreneurs have largely been unable to generate such wealth. The value of equity that Black founders hold in their companies, on average, is about a quarter the value of their white counterparts, a McKinsey & Company study shows.

“So often, people who have worked at those sorts of companies who have found financial success can go back to the folks in their community,” said Deldelp Medina, executive director of Black & Brown Founders, a nonprofit organization supporting Black and Latino entrepreneurs. “We haven’t been able to build that out.”

For Black founders, consistent support has come from only a handful of venture capital firms, according to Crunchbase data. Only 16 firms out of hundreds of venture capital firms participated in 10 or more early-stage funding rounds for Black-founded or Black-led companies between 2015 and 2020, the data shows. The list includes large accelerators such as Techstars and Y Combinator, the famed program that funded Airbnb Inc and DoorDash Inc.

Among the 10 most frequent backers of Black founders in that period, three were founded by African Americans: Backstage Capital, Precursor Ventures and MaC Venture Capital. Another firm in the top 10, Kapor Capital, focuses on companies that close “access gaps,” especially in Black and Latino communities. Kapor Capital and MaC Venture Capital have both invested in BlocPower.

Backstage, Precursor and MaC have less than $200 million in assets under management combined, Pitchbook data show. In contrast, the top 20 U.S. venture capital firms each managed tens of billions of dollars or more.

“We can only meet a tiny portion of the demand,” said Charles Hudson, managing partner and founder of Precursor Ventures, referring to Black-founded venture firms such as his. “The biggest of us are not very big in the grand scheme of things.”

The lack of venture capital financing forces entrepreneurs to seek out alternatives, which can be limiting when they need to go back for more money, entrepreneurs and investors said.

“When you have an investor base that’s made up of individuals and angel investors and maybe accelerators and less institutional capital, it’s a lot harder to go back to those previous investors and ask them to help you out through a potential downturn,” said Monique Woodard, founder and managing partner of early-stage investor Cake Ventures.

Larger venture firms are under pressure to make greater efforts toward diversity, but the attempts are fledgling. Andreessen Horowitz’s Talent x Opportunity Fund, launched in June, for example, drew criticism for its relatively small initial funding of $2.2 million. The firm, a previous investor in BlocPower, has since announced investments in seven companies through the fund.

Some firms have taken steps toward building a pipeline of diverse talent. At Kapor, for example, a program is in the works to partner with other firms to train potential investors from underrepresented backgrounds.

But too often, said co-founder Mitch Kapor, other investors have turned to him as a would-be scout for diverse talent, rather than building broader networks themselves.

“Where do we find Black founders to invest in?” Kapor said he is often asked. “Like the answer was something like, ‘Aisle 12.'”