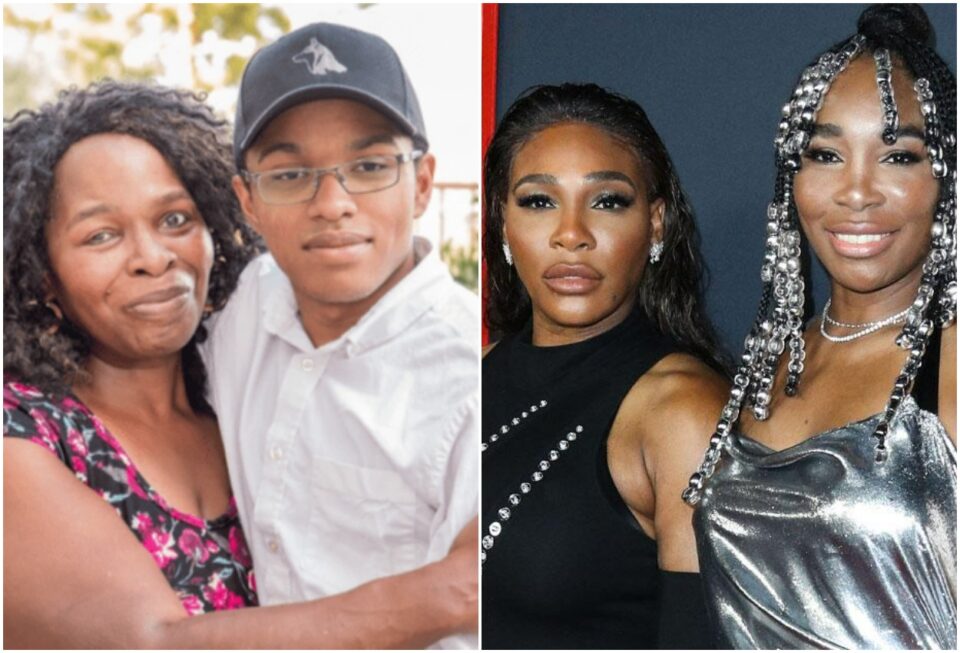 An estranged nephew of tennis stars Venus and Serena Williams passed away from suicide at the young age of 21, according to reports.

Alphonse Williams reportedly took his own life on February 3 after falling into a depressed state following his recent diagnosis of Peyronie’s disease, The Sun reports. The disease, which causes the curvature of the penis, can also cause serious depression in a third of sufferers.

Alphonse’s mother, Sabrina Williams, is heartbroken over the loss of her youngest of two sons but appreciative of the time she was able to spend with Alphonse.

“I knew he was on loan and God called in that loan.”

Sabrina is the half-sister of Venus and Serena from father Richard Williams’ first marriage to Betty Johnson. She has been estranged from her father and his two athletic proteges since he left his first wife to pursue his dream of creating future tennis champions, Radar Online reports.

His journey to turn Venus and Serena into tennis champions was portrayed in the Oscar-nominated film King Richard. While actor Will Smith could take home his first Academy Award for his portrayal of Richard Williams, the real-life character has an estranged daughter who says she is done reaching out to that side of her family after years of trying to no avail.

“The rest of the family are now dead to me,” Sabrina said of her estranged father and siblings.

She believes that Alphonse, who also struggled with bipolar disorder, had overdosed on an unknown medication.

“He [Alphonse] was crying last Monday, hysterical crying. The week before, the doctor confirmed what he already knew, that he had Peyronie’s,” Sabrina revealed. “He had started back at high school, he was going into his fourth semester of computer engineering and was regularly seeing a counselor.”

The family is awaiting autopsy results to determine the exact cause of death.

“We know he’s taken some strong medicines which would have made him fall asleep, he would have gone into respiratory distress, but wouldn’t have known. He just never woke up,” she said.

The grieving mother admits to suffering from her own mental health issue in the past and has started to open the door for communication with her direct family to help heal.

“I told my family and was put in hospital for three days,” Sabrina said.

“You need to speak to someone. Mental health is a disease, but I want to tell other people: ‘You can get through this’.”

Sabrina has now made it her mission to help others battling with mental health in her late son’s honor.

“After that, it’s going to be a mission to reach out to help other people, it will be his legacy, I miss my baby,” Sabrina said. “That’s my life goal. I have an unconditional desire to help people.”

Sabrina Williams is currently working on a tell-all book about her estranged father’s alleged abandonment of his first wife and kids.