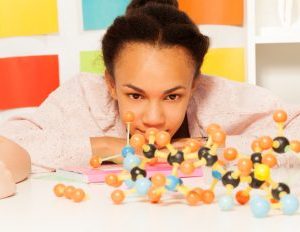 Verizon has launched a new campaign, #WeNeedMore to shed light on the nine million science and tech jobs that currently remain unfulfilled. In it, celebrities–including NFL quarterback Drew Brees, NBA rising star Karl-Anthony Towns, actress and singer Zendaya (who is not in the ad, but is the face of the campaign), Â NASCAR driver Joey Logano, and international soccer star David Villa–all make the case for science, technology, engineering, and math (STEM) fields.

According to a press release, another goal of #WeNeedMore is to address the need for STEM education. This includes providing access to tech and STEM education for children from underrepresented communities.

In 2015, the U.S. Department of Labor put together aÂ collection of reports and statisticsÂ on the future of the STEM workforce. One report’s findings were troubling about the future of STEM workers in the nation, citing “low STEM retention rates, a relative decline in the number of U.S. citizens enrolled in science and engineering graduate school, and lower percentages of STEM graduates than those of other developed countries.â€

According to the same report, “In 2014, the U.S. Census Bureau reported that 74% of those who have a bachelor’s degree in a STEM major are not employed in STEM occupations.â€

And career siteÂ Glassdoor recently calculated the economic impact of the current unfulfilled tech jobs, by combining Glassdoor salary estimates with real-time job listings. It found, “With roughly 5.1 million unique online U.S. job listings on Glassdoor today, the total value of estimated base pay being foregone is about $272.6 billion. Or, on average, about $53,594 foregone per job opening.â€

The number of needed tech jobs is also expected to keep growing. Some estimates say that by 2020 there will 1 million available jobs in just coding alone.

As part of the #WeNeedMore campaign, Verizon also posted on Twitter that it would donate $1 to STEM charities for every share of a STEM career tagged with #weneedmore.