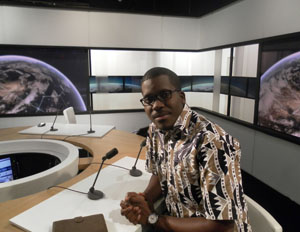 Tech startup VMK is offering sleek mobile devices at an affordable price. Founder and CEOÂ  Verone Mankou is dedicated to providing the latest technology to his community.

VMK makes a tablet called Way-C, which means “the light of the stars,” and a smartphone called Elikia, which means “hope.”Â  The $300 tablet is roughly the size of Samsung’s Galaxy Tab, while the Android-based smartphone costs $170 (without a contract).

To learn more about Mankou and his mobile inventions, watch the video below:

At the time the AFP video was produced, the smartphone had not been released.