VH1 Says No Domestic Violence, But Yes To Female Battery? 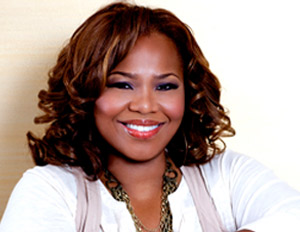 VH1 aired a public service announcement to make sure viewers knew that the network is against domestic violence during the ‘Love & Hip Hop Hollywood‘ Reunion Shows. The PSA, No More, showed various celebrities speaking out about domestic violence. VH1 then informed viewers of the arrest of cast member Yung Berg shortly after the taping due to an altercation with fellow cast member and girlfriend Masika Tucker.

Reportedly the rapper began to physically abuse Tucker when his credit card declined. According to TMZ, Tucker told police “He hit me and dragged me by my hair. He pinned me to the wall and grabbed by throat.â€ Berg faces four charges, three for assault and one for harassment.

In addition to the PSA, the network also issued a statement during the reunion shows: “Based on the severity of the allegations against Yung Berg, VH1 is terminating its relationship with him in connection with Love & Hip Hop Hollywood, effective immediately,â€ the statement read. “Yung Berg was arrested on November 5th and charged with criminal obstruction of breathing in connection with an assault on fellow cast member Masika Tucker. The arrest took place in a New York hotel several hours after the taping of the reunion special for Love & Hip Hop Hollywood had wrapped.â€

VH1 went on state that it does not condone domestic violence. The network is trying to separate itself from the violence between Berg and Tucker. This comes in the aftermath of recent incidents of domestic violence in pro sports and criticism of the NFL’s handling of Ray Rice.

Yet, the network and Love and Hip Hop Producer Mona Scott-Young are all too willing to continue to capitalize on violence and battery (inappropriate physical contact and/or intent to do physical harm) between female cast members on the show–from drink throwing to weave pulling. Even during the reunion special for “Love & Hip Hop Hollywoodâ€ there were several occasions of verbal threats, battery and assault, with security personnel coming in between various female cast members to prevent physical harm. The most unsettling scene occurred when Princess Love the girlfriend of Ray J (R&B singer and Brandy’s younger brother) hit his former assistant Morgan Hardman at his request as if he was commanding a pit bull to attack.

“Can you please go knock her out real quick? One time,â€ said Ray J nodding his head, at which point Love lunged and swung at Hardman as security broke it up. Both Love and Ray J remained for the tapping, while paramedics reportedly were called for Hardman, who was allegedly accusing Ray J of abuse towards her. It was a claim she also made a few weeks ago on Instagram, reports TMZ.

It is easy for Love and Hip Hop producers to adopt a politically correct policy against domestic violence given the current environment in which men hitting women is under greater public scrutiny. But would VH1 put “its money where its mouth isâ€ so to speak? Meaning, the network and show producers should take a public stance against all forms for violence–verbal and physical abuse, women hitting other women, women hitting their men, or men hitting each other.

But that’s not likely to happen, at least based on previews of the new season of Love and Hip Hop Atlanta which shows female cast members brawling. VH1 it seems will continue to beef up security to lessen the impact of potential blows.