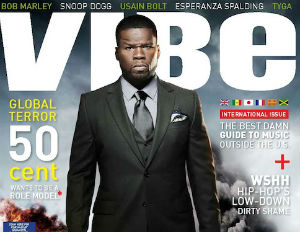 SpinMedia, the group behind music and pop culture websites including Spin Magazine, has bought Vibe magazine for an undisclosed price.

SpinMedia announced the sale on Thursday, saying it had bought the rights to Vibe’s print magazine as well as to its related sites, Vibe.com and Vibevixen.com from Vibe Media, according to the New York Times.

Vibe was founded in 1992 by Quincy Jones and Time Warner, and focused on hip-hop and R&B music and the culture surrounding it, and quickly became one of the most influential publications of its kind.Â Vibe had an average print circulation of 301,000 for the first six months of 2012, according to the Alliance for Audited Media, and SpinMedia said that each month Vibe’s sites have “1.4 million visitors and serve 1.6 million video streams..â€

Steve Hansen, SpinMedia’s chief executive, called Vibe an “industry leader in the urban and hip-hop catergory for decades.â€ SpinMedia, which shut down print publication of Spin Magazine and laid off a third of its staff in order to concentrate on the website, said it would probably shut down Vibe’s print magazine later this year.

“We are still trying to find a print model that makes economic sense in the digital age,â€ he said.