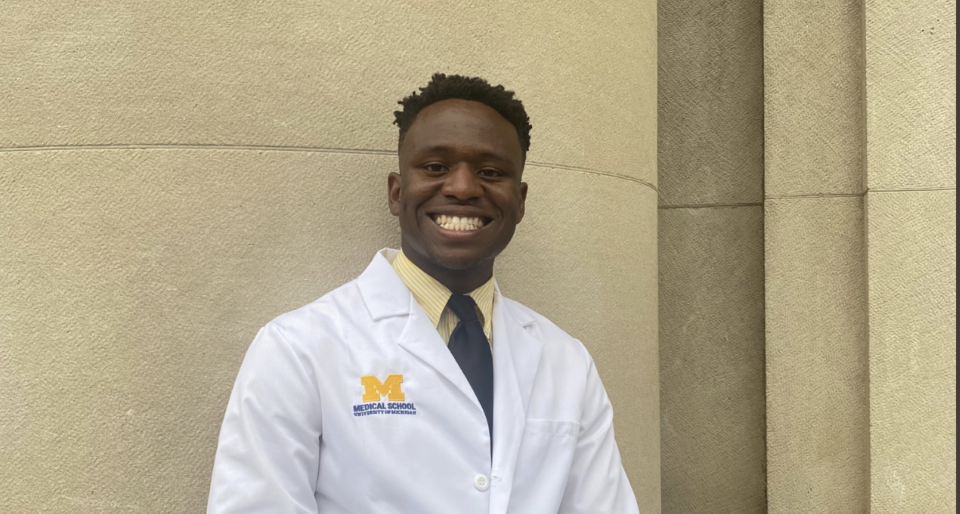 Victor Agbafe is an academic anomaly; he gained acceptance to all eight Ivy League universities and is enrolled in both medical and law school, WBTV reports.

After he made public of his admissions to the most prestigious schools, many took notice of the Wilmington, North Caroline native, a straight-A student, and an athlete from the Cape Fear Academy.

Agbafe went on to complete undergraduate studies at Harvard University and, two years later, enrolled in medical school at the University of Michigan and law school at Yale University, according to WBTV.

“What happens is it’s like a staggered structure for me. Last year during my M1 year in med school, I applied to law school. I was lucky to have some options and chose Yale, and I decided to defer the beginning of it for two years. So, after my third year of med school, I’ll head over to New Haven — do those three years — and then I’ll come back for my last year of med school,” he explained, Because Of Them We Can reports.

While in medical school, Agbafe developed a keen interest in surgeries that serve colon or pancreatic cancers. However, he observed a great chasm between physicians and policymakers in the healthcare industry. He reasoned if he attended law school, he could assist in bringing the two parties together.

“There seems to be a gap between them (physicians) and sometimes I think people who create the policy, or you know who even run our hospital systems where it takes a lot more like a legal framework, right, when you’re thinking about how you’re going to pay or care. What does the pipeline process look like for developing a lot of the drugs that people have? So, my theory is if I can understand the language of medicine and how it works and I can understand the language of law, I hope that I can sort of work at that intersection,” said Agbafe, according to WBTV.