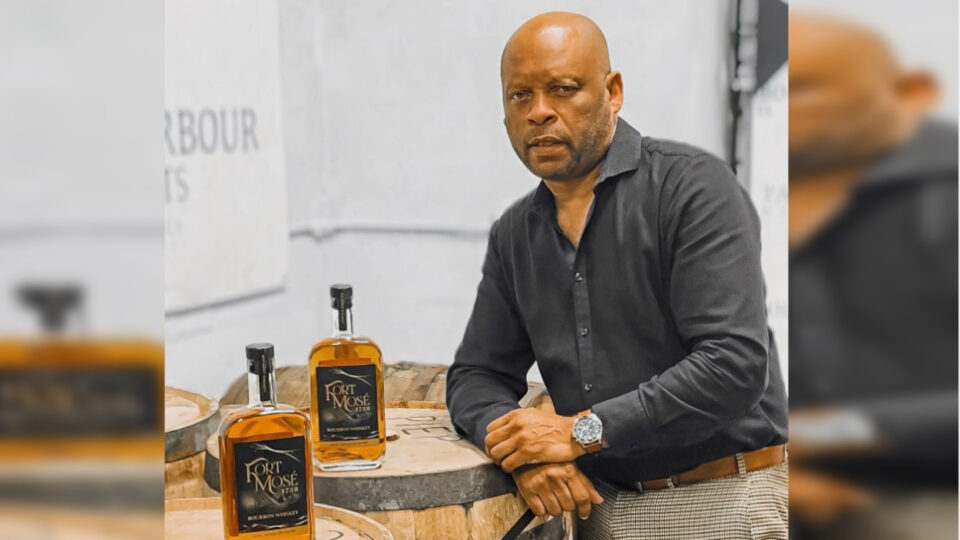 Victor George Spirits (VGS) announced today they have agreed to donate one dollar from every bottle sold of their newly released bourbon, Fort Mose’ 1738 to help with educational programs, events and creating overall awareness of the historic town. This year- long initiative to support Fort Mose’ Historical Society will run from now until June 19, 2023 in celebration of freedom and Juneteenth.

Fort Mose Bourbon is named after the Florida town which was established in 1738 just two miles north of St Augustine, Fla. This became the first settlement and town in which Black people could live free.

“This donation is greatly appreciated and will help with executing our mission statement of continuing to tell the story of Fort Mose’ and the impact it has had in the history of our country not only for African Americans but all Americans. We are excited to work with Mr. Harvey’s company to educate our youth and make sure this part of history is never forgotten,” said Charles Ellis, president of Fort Mose’ Historical Society.

VGS is a Black owned company founded by Victor G. Harvey one of the largest spirits owners in the United States. VGS is the owner of the nationally distributed Victor George Vodka, Palm Beach Distillery and now Fort Mose’ 1738 bourbon with additional product lines to follow.

“Giving back has always been part of who I am. We knew with the story behind Fort Mose’ and us being able to help tell it through our bourbon that this was going to be a huge brand. Our sales exploded all over the United States the day it came out and I told my team we must do more, and I saw donating funds from every bottle sold over the next year as a way to do that,” said Victor Harvey, founder of Fort Mose 1783’.

VGS will be releasing Pullman Porters rye whiskey in August of this year immediately followed by a full tequila line named Olmec Tequila.